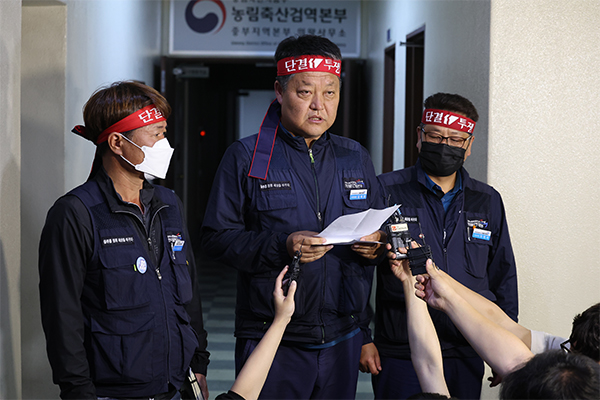 Unionized cargo truckers withdrew weeklong strike that caused industrial-wide disruption in production and shipping in South Korea after marathon talks with the government to extend minimum guarantee in freight rates.

The Ministry of Land, Infrastructure, and Transport urged Cargo Truckers Solidarity affiliated with the Korea Confederation of Trade Unions (KCTU), the largest militant umbrella labor union in Korea, to return to work by provisionally agreeing to prolong the so-called Safe Trucking Freight Rates System that guaranteed minimum freight rates to prevent drivers from dangerous driving in late Tuesday talks, helping to put an end to the eight-day strike that caused minimum $1 billion damages to industries across the board. The three-year rate incentive was to sunset by the end of the year.

The conflict however remains as the unionized cargo truckers want to permanently institutionalize the minimum rate system as well as expanding it to all cargo truckers beyond current benefit restriction to cement and export and import container drivers. 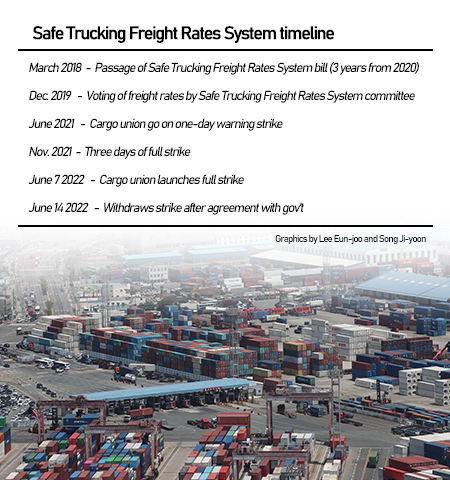 이미지 확대
The government, union, and employer representatives will form a task force to coordinate system reform based on what they have agreed. The National Assembly plans to discuss whether to reflect the union demands. Even if the rate provision is extended, whether to expand the application to other industrial categories would be debatable due to heavy burden on employers.

It has sharply raised cost for companies as they were required to pay various extra charges, such as 30 percent charge on risky materials like chemical items.