South Korea has added largest jobs in 22 years in April, but the sustainability in the strength remains doubtful as the bulk went to senior citizens through tax-financed opening for public work and temporary hires.

According to monthly job data released by Statistics Korea Wednesday, the number of employed reached 28.08 million in April, up 865,000 from a year earlier, or the biggest gain since 2000.

All age groups added jobs, but elders took the lion’s share of nearly half.

Manufacturing sector increased payroll by 132,000, the largest since November 2015 on brisk exports. 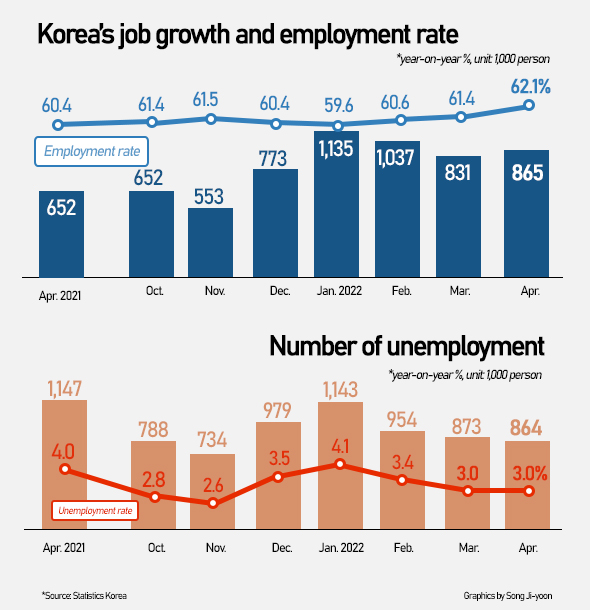 Both the number of self-employed with paid hires and those without grew, recording 39,000 and 20,000, respectively.

Employment rate for aged 15 or older hit 62.1 percent, the highest for April. The rate is up 1.7 percentage points from a year ago.

Jobless rate fell 1.0 percentage point on year to 3.0 percent, the lowest for April since 1999 when related data collection method changed.

The number of economically inactive pollution totaled at 16.29 million, down 376,000 from a year ago.