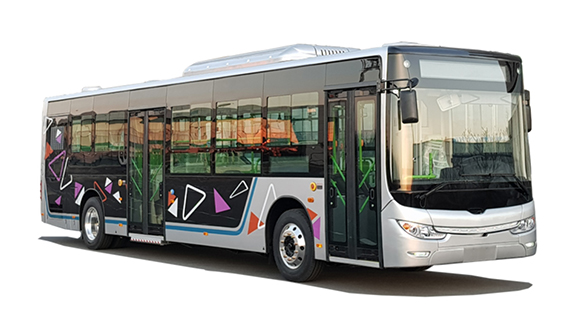 Chinese electric buses penetrated deeply into the South Korean electric bus market to command nearly 40 percent through price competitiveness over the last few years, posing a threat to mid-tier makers as well as big names with launch of e-trucks.

According to the Korea Automobile Manufacturers Association on Tuesday, out of a total 1,275 electric buses sold in Korea in 2021, 37.6 percent or 480 vehicles were Made-in China. Changzhou’s eSky took the largest share of 78 units, followed by BYD’s eBus and Higer’s Hypers, with 76 units each.

Chinese electric buses debuted in Korea in 2017. Compared with 2019 when they sold 143 units in total, Chinese electric bus sales more than tripled in three years. Over the same period, sales of Korean produces doubled from 407 to 795.

이미지 확대
Chinese electric vehicle manufacturers have been gaining reputation around the globe for technologic integrity on top of competitive prices. Last year, Chinese brands sold 3.52 million eco-friendly vehicles, including electric and hybrid cars, across the globe, up 160 percent from a year ago.

Some in the industry call for the Korean government to fix the current subsidy system for electric vehicles. It needs to subsidize hydrogen buses with lower carbon emissions or introduce a carbon border tax, which imposes costs on goods imported if they emit more carbon than locally-produced ones.

Bigger car names also would have to brace for the Chinese advance into the truck market in the second half. BYD is releasing 1-ton e-truck, challenging the market dominated by Hyundai and Kia brands.

By Lee Sae-ha and Jenny Lee