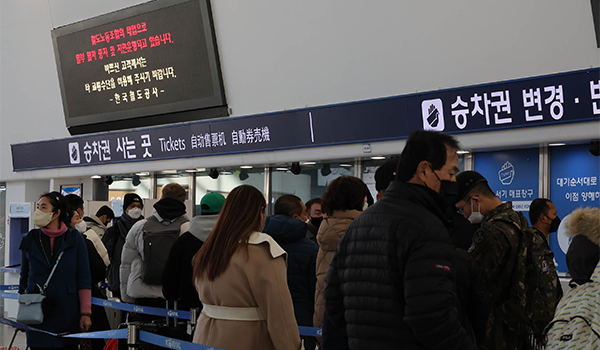 Korean Railway Workers’ Union (KRWU) that had threatened to go on strike Friday called off the plan after reaching a last-minute deal with state-run Korea Railroad Corp. (KORAIL) over wages.

KORAIL and its labor union tentatively agreed on collective wage revision for this year on Friday. KRWU put off the strike that was scheduled to begin at 9 a.m., allowing normal operations of all services.

The union demanded a wage increase of 187,000 won ($143.8) per month, a transparent promotion system by introducing a point system, exclusion labor expenses in increased pay following a court ruling on ordinary wages and maintenance of current bonus payment standard system.

Negotiations were met with challenges as the management rejected the demand citing policies and standards set by the Ministry of Economy and Finance, prompting the union to call for its first strike in three years on Friday. The two parties, however, managed to strike a deal early in the morning, as KORAIL agreed to resolve labor expense issue under discussion with the finance ministry over next three years.

The management also vowed better working environment for workers after a rail worker at Obong station in Uiwang was killed while trying to connect and separate train cars. Three workers will work together instead of two from now on.

KORAIL also agreed to submit a plan on improving working conditions at Obong station. It will also express a formal apology to the family of the deceased worker.