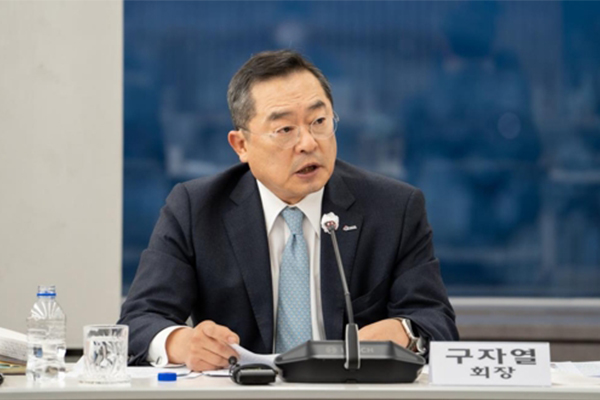 South Korea would face a darker situation in global trade next year as global economic slowdown is expected to weaken demand for chips and petrochemicals, according to Korea International Trade Association (KITA) on Thursday.

The gloomy outlook was echoed by KITA Chairman Christopher Koo during a press conference held on Wednesday to mark the 59th Trade Day in Seoul. Main reasons he mentioned include the ongoing impact from the pandemic and the war between Russia and Ukraine as well as monetary tightening.

The association forecasts that Korean exports would decrease by 4 percent to $662.4 billion next year due to economic slumps in major countries, and imports would fall by 8 percent to $676.2 billion due to the domestic economic slowdown and falling oil prices. Exports and imports for this year were estimated at $690 billion and $753 billion, up 7.1 percent and 19.5 percent, respectively.

A trade deficit could continue next year, but the association forecast that the shortfall would stand at $13.8 billion as imports could fall faster than exports.

Exports of semiconductors, which are South Korea’s main export item, are expected to drop by 15 percent due to a decline in unit prices and global demand for IT devices.

Outbound shipments from the petrochemical sector are also feared to decline by 9.4 percent mainly due to slow demand in China, the world’s largest petrochemical market.

DRAM unit prices have fallen by more than 20 percent this year, and global IT demand is expected to slow next year as well, leading to a negative impact on chip-driven Korean exports, said Cho Sang-hyun, head of the Institute for International Trade under KITA. If energy prices fall next year, that could lead to lower petrochemical products prices.

If uncertainties in the world economy are resolved quickly, like the potential end of the Russia-Ukraine war, there is a good chance that Korean exports will recover significantly more than expected, Koo said. He also vowed to help accelerate the improvement of regulations that impede business activities, while strengthening customized support for exporters.