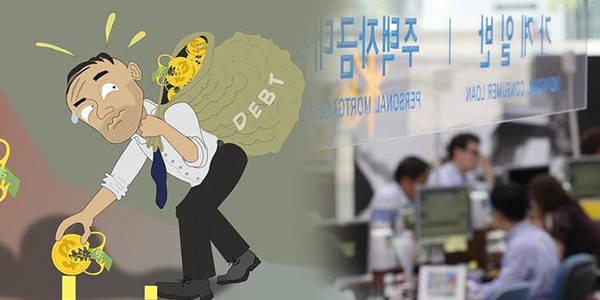 South Korea‘s financial authorities have raised the level of monitoring on commercial banks’ lending rates that have risen at a faster pace than the central bank’s benchmark rate as excessive borrowing costs have caused uncertainties in the local financial market.

Banks’ lending rates have increased faster than ever during a rate increase cycle since 2000, according to data on Wednesday.

The current market discrepancy is attributed to banks racing to raise deposit rates to secure funds necessary to meet high demand from corporate borrowers. The average interest rates on time deposits exceeded 5 percent this month from the high 1 percent range at the beginning of this year.

The problem is that higher deposit interest rate causes the cost of funds index (COFIX), a reference for calculating mortgage loan rates, to increase, leading to further rises in interest rates on various bank loans, including mortgage and house rental loans.

In addition, fixed-rate loans account for only 29 percent of household loans in Korea, meaning most borrowers are exposed to floating rates. This is different from the U.S., where most of the rates are fixed.

Another factor for the fast-rising lending rates is the difficulty of raising funds in the local bond market. The yield on 6-month and 1-year debt hovered around from 1.5 to 1.7 percent in January but in November it soared to as high as 5 percent.