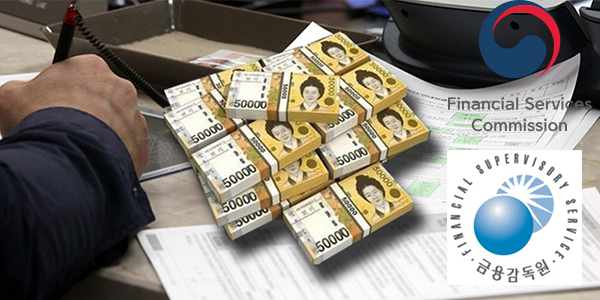 South Korea’s financial authority will closely monitor borrowing rates at all lenders in an apparent intervention to normalize loan rates that have skyrocketed to unusual levels following the country’s base rate hikes to tame inflation.

“We will closely monitor the current loan rate trend at local financial firms,” said an unnamed high-level official from the Financial Services Commission (FSC) who have close knowledge about the measure on Wednesday. “The FSC and Financial Supervisory Service will join forces to closely look into borrowing rate moves following the Bank of Korea’s base rate hikes to check any excessive rate changes.”

The authority’s move is deemed as a market intervention to stabilize any excessive rate moves that could take a toll on the national economy.

The latest surge in borrowing rates in Korea driven by a series of the central bank’s policy rate hikes is considered excessive compared with those in the past base rate hike environment. A sharp rise in interest rates on loans could threaten the Korean economy already grappling with snowballing household debt that reached 1,870 trillion won ($1.4 trillion) in the third quarter ended September.

The FSS will carry out an inspection on the borrowing rates offered by commercial lenders that have shot up amid fierce competition to raise funds. To secure funds, Korean commercial lenders have competitively introduced new deposit products with high interest rates, which has resulted to a sharp hike in also loan rates.

The average interest rates on household loans at local banks reached a 10-year high of 5.34 percent in October, up 1.43 percentage points from January. Average deposit rate rose 0.63 percentage point in the past month to 4.01 percent.