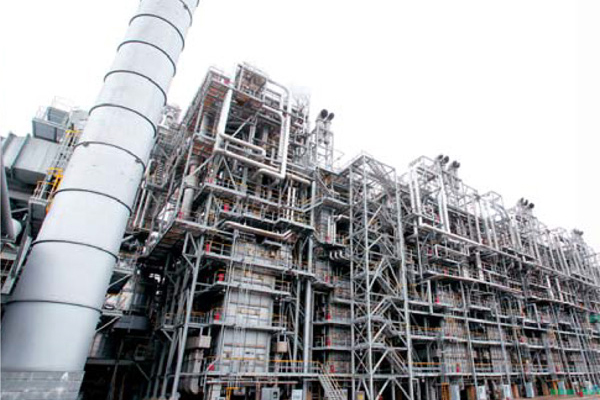 South Korean petrochemical companies are bringing in naphtha more from the United Arab Emirates, Qatar and India as sanctions against Russia for invading Ukraine meant they needed to diversify their suppliers.

Naphtha supplies from Russia in the first 10 months of this year dropped 67 percent from a year ago to 1.92 million tons, according to the Korea Petrochemical Industry Association. Naphtha is a semi-finished product manufactured in the process of refining crude oil and is used a basic raw material for petrochemicals. Cracking naphtha at a high temperature in a naphtha cracking facility generates ethylene and propylene, which are used to make plastics and synthetic rubber.

Last year, Korea imported 29.098 million ton of naphtha, of which 23.9 percent came from Russia. In the first 10 months of this year, Russian imports made up just 8.7 percent of all imports, falling to fifth place.

Imports of Russian naphtha have tumbled since sanctions were imposed on Russia, sending Korean petrochemical companies to find other sources to buy the product.

So far this year, UAE has become the biggest source of naphtha. Imports from UAE in the first 10 months of this year increased 23 percent from a year ago to 3.95 million tons. Last year, UAE naphtha accounted for 13.7 percent of total imports.

Shipments from India and Qatar grew 18.2 percent and 70.2 percent, respectively this year, making them the second and third biggest source of naphtha for Korean companies. Also, those from Bahrain and Pakistan more than doubled in the first 10 months of this year.

“The world’s biggest naphtha exporters are Iran and Russia and both countries are under sanctions,” said an official from the association. “Domestic petrochemical companies are trying to diversify their import sources.”

Meanwhile, the international naphtha price, which traded in the range of $80 per barrel in January, rose above $120 in March as international oil prices soared after Russia invaded Ukraine.

This month, the international naphtha price has fluctuated at around $70 per barrel.