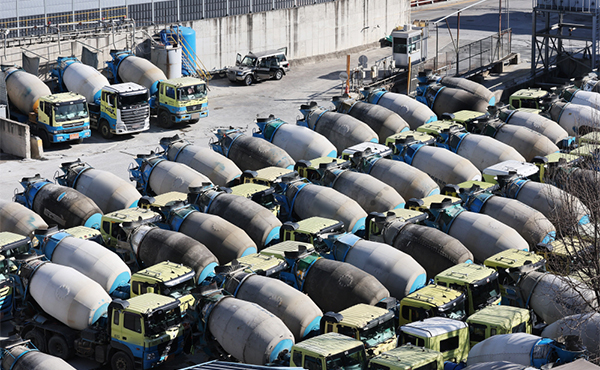 A nationwide strike by cargo truckers demanding minimum pay to members across the industry has undermined South Korea’s efforts to sustain the economy in the face of a record trade deficit and domestic slump from strong prices and interest rates.

Strike has been one of the biggest risks to Korean manufacturers in their competition with global players. The average number of lost working days per 1,000 wage earners in Korea between 2012 and 2021 was 38.5 days, which is 192.5 times more than Japan at 0.2 day, according to the International Labor Organization and the Federation of Korean Industries (FKI). It’s also significantly higher than other major economies such as the U.K. at 12.7 days, the U.S. at 8.8 days and Germany at 8.3 days.

The bigger problem is that the speed of capital fleeing out of Korea has been accelerating as the country is branded as a strike prone country. According to a study by Maeil Business News and FKI on the flow of investments under the governments since constitutional reform in 1987 that institutionalized a single five-year presidency found net outflow of investment funds at record $44.23 billion under union-supporting liberal government of former presiden Moon Jae-in from 2017 to 2021.

The annual average net outflow of investment during the Roh Tae-woo government was $22 million, Kim Young-sam $1.52 billion, Roh Moo-hyun at $2.70 billion. There was an annual average net inflow of $2.32 billion during the Kim Dae-jung’s administration amid fire sale of Korean enterprises under international bailout. 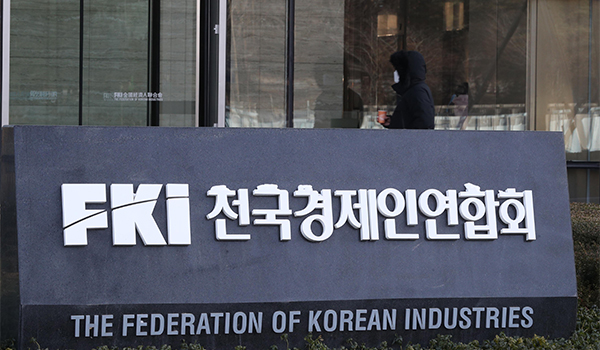 “The biggest concern for companies when considering investing Korea is the union risk,” a FKI official said. “Fundraising and high interest rates can be resolved by increasing costs, but the militant union risk has become a fixture that cannot be resolved,” he said.

Capital has been exiting under conservative President Yoon Suk-yeol this year. Net outflow of investment funds in the first six months of this year was $38.1 billion. At this rate, it is highly likely to exceed last year’s record net outflow of $58.1 billion.

In the meantime, domestic investment has stagnated. The average annual growth rate of domestic investment was 0.5 percent during the Moon’s government, falling below 1 percent for the first time. After the Roh’s administration posted a 14.1 percent increase, the investment growth rate continued to drop with Kim Young-sam’s government at 8.6 percent, Kim Dae-jung at 8.1 percent, Roh Moo-hyun at 3.3 percent and Lee Myung-bak at 1.8 percent. That turned around during Park Geun-hye’s term with a growth of 5 percent.

The outlook doesn’t look promising. The Bank of Korea recently projected that next year’s facility investment growth rate would fall 3.1 percent in Korea, worsening from this year’s 2 percent drop.

Companies are taking their facilities abroad, safe from strikes and on greater incentives.

Last year, net exports from transit trade reached a record high of $22.13 billion. Intermediate trade net exports reached $17.04 billion by the third quarter of this year, and if this trend continues, it’s likely to hit a record high by the year-end.

Intermediary trade is when Korean overseas subsidiaries make products locally and export them to local or third countries. Increase in this type of trade means that Korean companies’ overseas production has increased.

Reshoring however has been slow despite various offers of incentives.

Only 121 companies have returned to Korea since 2014 when a law was passed to allow these firms to relocate back, according to data received from the Ministry of Trade, Industry and Energy by a lawmaker.

Among them, only two from large conglomerates were on the list. An official from the trade ministry found “conditions for corporate investment have deteriorated so much this year.’’

The presidential office is reviewing a plan to claim compensation for damages caused by the current truckers’ strike. An official from the office said, “If direct damage occurs in construction projects ordered by the government, we will review whether the government claim for damages. We aren’t saying we will seek claim immediately but we are looking at all possibilities.”

The Cargo Truckers Solidarity division of the Korean Public Service and Transport Workers Union went on an indefinite nationwide strike Thursday, the second for this year after a weeklong action in June, to demand that the government ensure guarantee on minimum pay for all truck drivers.