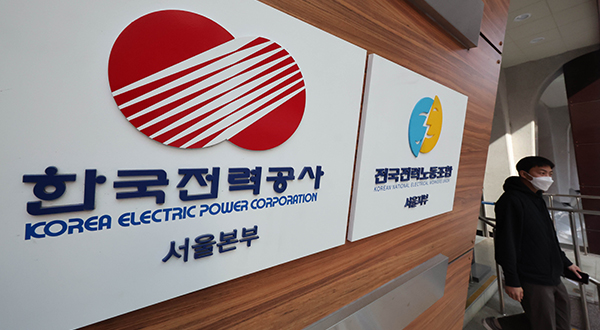 Korea Electric Power Corp. (KEPCO) next year may be able to issue up to six times its shriveled equity capital and reserves to be saved from a liquidity crisis causing power disaster for the factory-driven economy.

According to legislative sources, a bill-reviewing subcommittee of the Trade, Industry, Energy, SMEs, and Startups Committee on Tuesday referred the changes to the KEPCO Act to the plenary session, where bipartisan agreement was reached.

Under the outline, KEPCO bond issue ceiling would be stretched to five times the equity capital plus reserves from current twice the addition. In emergency situation, the cap could go up to six times upon approval from the industry and energy minister.

Any excess must be immediately reported to the committee. To go into effective, the bill must be approved by the Legislation and Judiciary Committee and the entire assembly.

When upped by six times, bond issue for next year could be maintained at 90 trillion won ($67.4 billion), similar to this year’s 91.8 trillion won. KEPCO stock and market value has plummeted and its reserves thinned this year as it had incurred cumulative operating loss of 21.8 trillion won as of September. It expects 8 to 9 trillion won additional loss in the final quarter.

KEPCO issued 25.45 trillion won in long-dated papers as of Nov. 10 this year. The average borrowing yield has shot up to 5.95 percent this month from 2.71 percent in January.

If KEPCO issues more debt to use up remainder in the ceiling, it could break the KEPCO Act when its net losses are reflected.

Industry Minister Lee Chang-yang in pleading for the ceiling raise pointed out KEPCO could violate the KEPCO Act in the settlement of accounts in March next year and default on its loans if it cannot issue more debt.

KEPCO took an unprecedented move of turning to banks to borrow 600 billion won from Hana Bank at an interest of 5.5 percent to 6 percent.

By Park Dong-hwan and Kyunghee Park