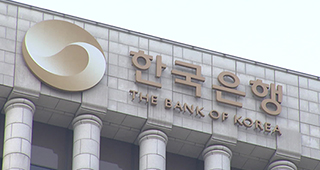 The Bank of Korea

The Bank of Korea (BOK) on Thursday implied the economy entering a brief stagflation as it projected the economy performing its weakest since crisis periods in sub-2 percent range while inflation hovers way over the 2 percent target at mid-3 percent.

Under its revised outlook for 2023 economy, the central bank gave the gloomiest yet growth estimate of 1.7 percent, shaved sharply from 2.1 percent in August, on inflation running yet strongly at 3.6 percent.

The economy would be performing under its mid-term growth potential of around 2 percent.

The last time Asia’s fourth largest economy performed so meagerly was pandemic-hit 2020 when the economy retreated 0.7 percent, in 2009 with a growth of 0.8 percent in the wake of global financial crisis, and in 1998 with a contraction of 5.1 percent while under international bailout from near-default crisis.

The BOK growth estimate is the most pessimistic in revised outlooks of major institutions so far.

State think tank Korea Development Institute (KDI) and the Organization for Economic Cooperation and Development (OECD) cut their forecast for the Korean economy in 2023 to 1.8 percent. The grim forecasts are in line with the prospects that most of Korea’s major export markets will recede or slow significantly as the result of rapid tightening.

The BOK forecast the Korean economy to pick up to a rate of 2.3 percent in 2024 while maintaining this year’s outlook unchanged at 2.6 percent.

The BOK projected annual inflation to gain 3.6 percent next year, slightly lower from earlier forecast of 3.7 percent in August. Its inflation estimate for this year was also revised slightly down from 5.2 percent to 5.1 percent.