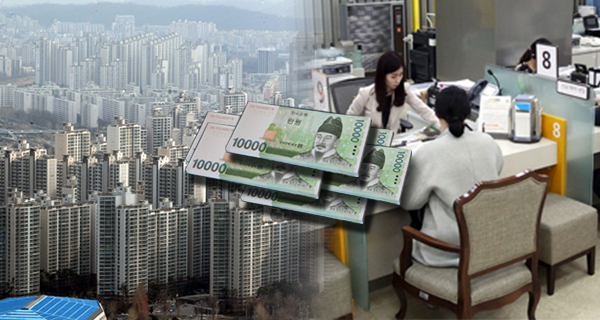 South Korea’s household debt, which includes household loans from banks and non-banks as well as outstanding credit card balance, surpassed 1,870 trillion won ($137.8 billion) during the third quarter, the highest ever in history, but its growth was at the slowest annual pace in about two decades due to interest rate hikes and real estate stagnation, central bank data showed on Tuesday.

Total household debt grew by 2.2 trillion won for the July-to-September period, bringing the country’s outstanding household credit to a fresh record 1,870.6 trillion won since data compilation in 2003, according to the Bank of Korea.

Household loans, which account for most of the household debt, were at 1,756.8 trillion won by the end of September, down 300 billion won from the previous quarter, due to a fall in mortgage loans and other borrowings.

The shrinking loan market is attributed to the Bank of Korea’s move to ratchet up interest rates to tame inflation.

The central bank has raised interest rates by a total of 250 basis points since August 2021 from a record low of 0.50 percent. The bank is expected to implement another 25-bp rate hike on Thursday, bringing it to the highest level since 2012.

The sharp increase was driven by fast increases in private consumption after social distancing measures were fully lifted in April.

By Ryu Young-ok and Minu Kim