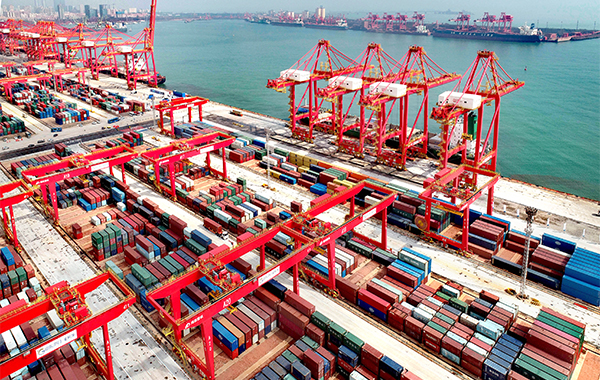 Busan port had received 18,629 foreign cargo ships from January to July this year, down 14.5 percent compared to the same period a year ago, showed National Logistics Information Center data on Wednesday.

The year-on-year drop comes as container carriers returning from the U.S. ports to Asia have chosen to head to Shanghai and other Chinese ports, instead of Busan, to benefit from cheaper rates.

이미지 확대
The move has led some global shippers, which are originally planned to head to Korea, to make a detour to China for goods transport from the U.S. To woo more sea carriers, Shanghai port operator has upgraded its facilities and services for container ships, such as repair and maintenance supports.

A number of multinational companies have already set up logistics centers in Shanghai, which they use as the regional base for transport to other Asian markets, said a shipping industry official. Mettler Toledo, a multinational analytical instruments manufacturer based in the U.S., currently has some products shipped through China instead of having them directly delivered to Korea, said an official from Mettler Toledo.

Busan port, however, projects the latest trend would not last long. Rate is not the only factor when making a port call, said a Busan Port Authority official, adding that Busan port also has actively secured empty containers.

By Park Dong-hwan and Cho Jeehyun