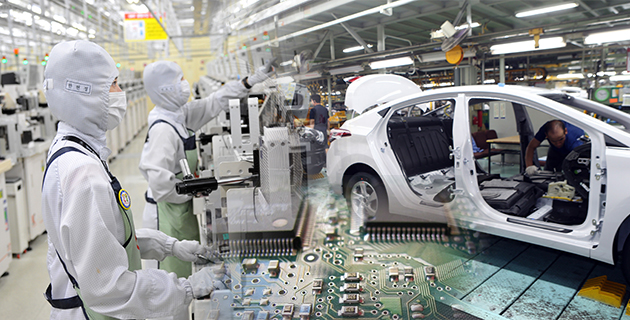 이미지 확대
South Korea’s factory activity contracted for the first time in three months in August against the previous month along with a decline in consumption and investment as the country has been grappling with the worst-ever Covid-19 outbreaks.

According to data released by Statistics Korea on Thursday, the seasonally adjusted mining and manufacturing output in August fell 0.7 percent from a month ago on weaker electronics equipment and metal processing output, marking the first decline in three months after a 1.3 percent fall in May.

Against a pandemic-driven year-ago period, output was 9.6 percent higher. 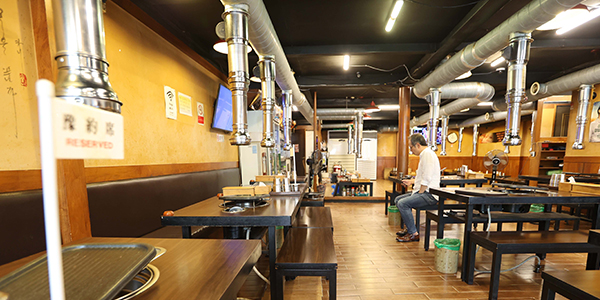 Service output also declined 0.6 percent on month in August as the accommodation and restaurant sector, as well as the wholesale and retail sector fell 5.0 percent and 0.9 percent, respectively, amid enhanced social distancing rules due to the worst coronavirus outbreak in the country. It is the first drop in three months after a 0.4 percent contraction in May.

Against a year ago, service output added 4.4 percent.

Statistics Korea said that the contraction in production and spending in August signals a slowdown in recovery of the country’s economy. The slowdown largely came from face-to-face service sectors directly affected by Covid-19 restrictions.

Investment also slowed in August, marking the first fall in all three areas – production, spending and investment – in three months.

Facility investment fell 5.1 percent from a month ago in August. Spending in machinery edged down 4.3 percent and that in shipbuilding and transportation equipment 7.7 percent.

Korea’s daily Covid-19 infections topped 3,000 for the first time last week after the three-day Mid-Autumn festival holiday. Since then, the country’s infection cases have been hovering above 2,000 daily without sign of abating amid the spread of the Delta variant. The financial and insurance sectors gained 1 percent on month and 6.3 percent on year. 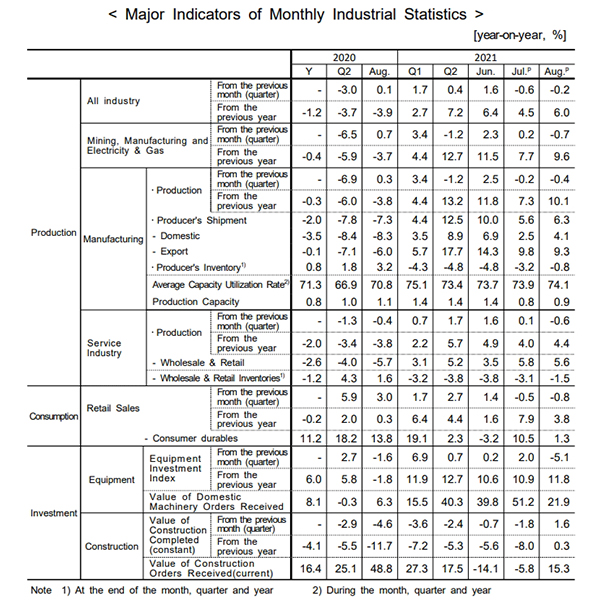