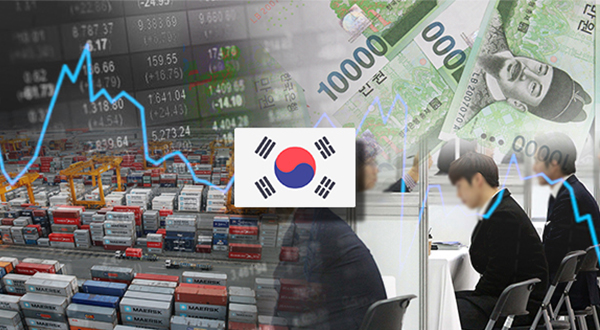 In the Interim Economic Outlook released on Tuesday, the OECD named Asia’s fourth-largest economy in the select group of four whose growth forecast was raised along with Argentina, Mexico and Spain.

The upgrade from May projection is in line with other organizations that have lifted their growth outlook for Korea to the 4-percent range. The International Monetary Fund estimated the Korean economy to expand 4.3 percent while the Bank of Korea and the Asian Development Bank forecast a 4.0 percent growth. The Korean government projected 4.2 percent.

The Paris-based organization also revised up its 2022 growth forecast for Korea to 2.9 percent from its earlier estimate of 2.8 percent.

In terms of an estimated average growth rate in 2020-2021, South Korea ranked third among G20 economies with 1.6 percent after China with 5.4 percent and Turkey with 5.1 percent.

The OECD projected that the Korean economy should continue to pick up down the road once virus containment measures are lifted.

It cited the country’s solid exports and its effective containing of the economic impact of the pandemic through an expansionary government fiscal policy despite the latest spike in Covid-19 cases.

Meanwhile, the organization revised up its 2021 inflation outlook for Korea to 2.2 percent, up 0.4 percentage points from its May estimate.

The OECD’s outlook for global economic growth was lowered to 5.7 percent from 5.8 percent in May. Expectation for the U.S. was also revised down from 6.9 percent to 6.0 percent. Next year, the global economy is expected to grow 4.5 percent, compared with 4.4 percent in its previous forecast.