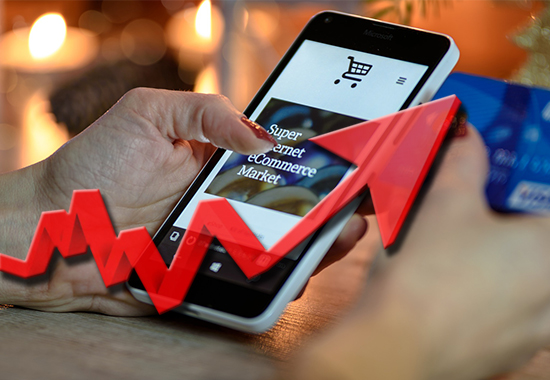 이미지 확대
South Korea’s online shopping hit a fresh record of 16.2 trillion won ($14 billion) in July as the Tokyo Olympics on top of Covid-19 resurgence kept people more at home, bringing the total turnover for the first seven months of this year to over 100 trillion won.

According to the data from Statistics Korea released on Friday, the value of online shopping transactions in July came to 16.2 trillion won, gaining 24.9 percent from a year earlier.

The figure marked the highest since 2001 when the statistics agency began compiling related data.

The surge in online transactions was led by strong demand for food delivery, which soared 72.5 percent on year to a record high of 2.37 trillion won. Purchases of food and beverages and daily necessities climbed 30 percent and 17.4 percent, respectively.

Purchases of electronics increased 48.3 percent against the previous year to 2.06 trillion won as sales of summer appliances, including air conditioners, jumped due to severe heat wave.

Cultural and leisure services and cosmetics purchases shed 11 percent and 2.2 percent, respectively, on limited outside activities.

Mobile shopping reached a record 11.71 trillion won in July, adding 33.8 percent from a year ago to make up the largest-ever 72.3 percent of the total volume of online shopping.

The bulk, or 97.4 percent of the food delivery transactions, was made through mobile platforms.

By operation type, transactions at online shopping malls added 29.7 percent to 12.37 trillion won and those with both online and offline channels reported an 11.7 percent increase to 3.82 trillion won.

Online shopping transactions took up 28.3 percent of the total retail sales in July.