S. Korean economy gains 0.8% on qtr in Q2 on private and government spending 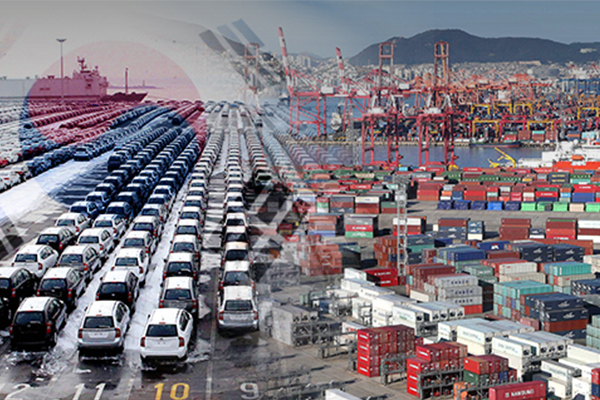 이미지 확대
South Korea’s economy ran at a faster clip of 0.8 percent than the preliminary estimate of 0.7 percent in the second quarter versus earlier three months on stronger consumption and aggressive fiscal stimuli.

According to preliminary data released by the Bank of Korea on Thursday, the country’s gross domestic product added 0.8 percent in the April-June period from the previous three-month period, up 0.1 percentage point from its preliminary estimate in July, although easing from 1.7 percent in the first quarter.

Private consumption grew 3.6 percent in the April-June period, increased from preliminary gain of 3.5 percent, before the renewed flareup of Covid-19 in the second half. Spending surged on semi-durable goods such as apparels and on service including entertainment culture and restaurant and accommodation sectors. Consumption gained by the strongest in 12 years.

Government spending on the back of supersized budget plus a supplementary increase jumped 3.9 percent on quarter led by health insurance payment. Facility investment added 1.1 percent, higher than preliminary estimate of 0.6 percent.

Imports rose 2.8 percent on quarter on the back of inbound shipments of chemical products.

Export and import figures are both unchanged from earlier July estimate.

The BOK stayed sanguine about growth prospects for the third quarter despite the worst-ever outbreak that placed the country under stronger after-dark curfew on businesses.

Facility and construction investments and robust exports will likely offset the negative impact on domestic demand from the heightened social distancing rules, the bank said.

The BOK has set GDP growth target at 4.0 percent for this year. It expected a growth sustained at a pace of 0.6 percent growth in third and fourth quarters could achieve the annual target.