이미지 확대
State-run Korea Resources Corporation (Kores) is speeding up its exit from overseas resources development projects, but concerns rise that it is selling too cheap, and the divestiture contradicts the government’s plan to foster advanced materials for secondary battery applications.

Kores said on Sunday that it sold off its entire 11 percent stake in Canadian base metals mining company Capstone Mining Corp. at the end of May. The stake worth 197.1 billion won ($171.8 million) had been held by Kores since 2011. The disposal comes about two months after the resources explorer handed over a 30 percent stake in Santo Domingo copper-iron-gold project in Chile to Capstone Mining.

The 11 percent stake in Capstone Mining was sold in a bought deal, where Canadian Scotia Bank – the advisor – buys shares before reselling them to a third party.

The Moon Jae-in administration has set policy to keep itself away from scandal-ridden and money-losing overseas resources projects carried out by previous conservative Lee Myung-bak administration, but indiscriminate unloading of valuable mineral assets like copper and nickel would boomerang to the country, while the world is competing to secure mineral resources related to high-value added sectors like secondary batteries for electric vehicles. Prices of copper and nickel have surged over 40 percent from a year ago. This may cause Korea to pay costly expenses later, an industry official warned.

Kores is also considering its exit from Cobre Panama copper mine, Australian Wyong bituminous coal mine, and Ambatovy Madagascar nickel and cobalt mine.

The move also comes as part of debt-reducing efforts ahead of its merger with Mine Reclamation Corp. in September. Kores is under a debt of 6.65 trillion won as of June 30 last year. 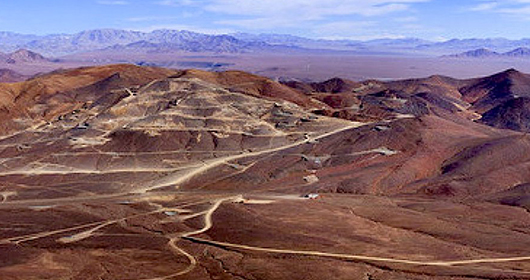 이미지 확대
The resources developer also wants to sell its profitable Cobre Panama copper mine. The mine located in Colon, Panama is estimated to have 3.183 billion tons of copper reserves, one of world’s top 10 copper mines. Up to 300,000 tons can be mined per year for 40 years, and about 400,000 tons of mine can be produced in 2023. Kores has 10 percent ownership in the mine.

Another resource asset Kores is seeking to sell Ambatovy, Madagascar. Ambatovy mine is Korea’s largest overseas resources development project with investment of over 4.6 trillion won. It is the world’s top 3 mine with 146.2 million tons of nickel ore reserves.

Mining work, however, has been suspended due to Covid-19, and the project logged 1.6 trillion won in losses in the first half of last year. A Korean consortium owns 27.5 percent of the mine – Kores 22.5 percent, Posco International 4 percent, and STX 1 percent. Kores is seeking to let go its entire ownership.

Demand for raw materials related to electric and hydrogen-fueled vehicles is expected to grow. According to London Metal Exchange, copper price reached $9,396.5 per ton as of July 16, up from $6,385 a year ago. Nickel price also surged from $5,642 to $18,895 over the same period.

By Baek Sang-kyung and Lee Eun-joo