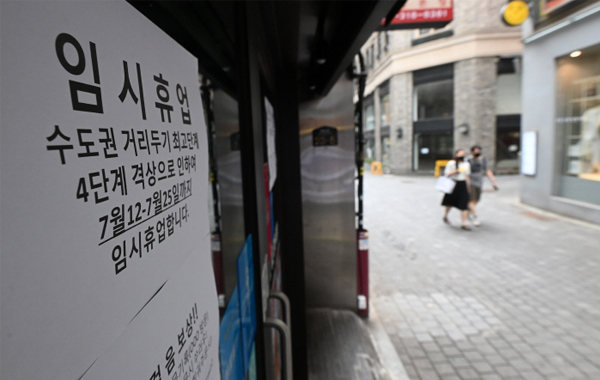 South Korea’s ruling and opposition parties have come together for a rare agreement on a 3.5 trillion won ($3 billion) addition to the government’s extra budget for mom-and-pop businesses grappling with a resurgence in Covid-19 cases amid the worst-ever virus wave hit in the country.

The congressional committee for reviewing the trade and industry ministry’s budget on Wednesday decided to increase the extra budget for supporting small businesses hit by the Covid fallouts by 3.5 trillion won from the initially proposed 3.7 trillion won. The revised spending plan still needs final approval from the National Assembly’s Special Committee on Budget and Accounts.

Once approved, the Korean government would dole out from 1.5 million won to 30 million won per business to mom-and-pop store owners for losses caused by virus mitigation rules and such challenges caused by the Covid-19 outbreaks. The government initially planned to distribute between 1 million won and 9 million won, depending on the scale of business losses.

The rare bipartisan agreement on the increase in extra budget for small businesses comes at a time when Korea, once considered one of the most successful countries in fending off Covid-19, is hit by the worst-ever Covid-19 crisis with the highest-ever infections in the fourth wave.

The country added new 1,600 Covid-19 infections as of Wednesday with the delta variant spreading fast across the country.

The committee also revised a relief handout plan with a more detailed classification by business size and loss amount. The revised plan groups businesses into five from those earning less than 80 million won in sales to those making 600 million won more.

Based on the classification, businesses with sales of less than 80 million won would receive up to 5 million won worth of government aid for losses caused by extended social restriction measures.