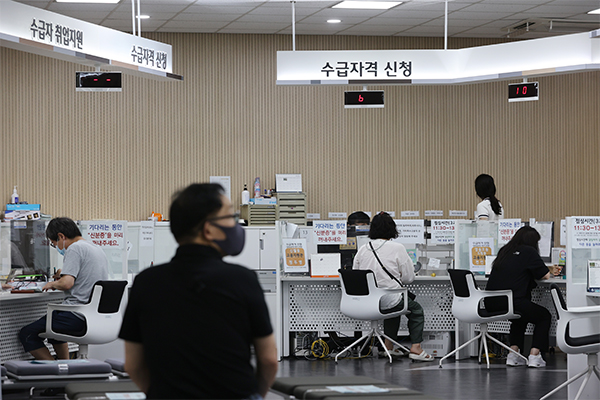 South Korea added nearly 600,000 jobs in June, expanding for a fourth straight month in line with economic recovery, although the pickup pace slowed from a month ago amid simmering summer wave of Covid-19 that would rattle the job market in coming months.

According to data released by Statistics Korea on Wednesday, the number of employed totaled 27.64 million in June, up 582,000 from a year ago.

The number of payroll has been on the increase after a yearlong contraction since March last year.

Jobs expanded for four months in a row on rebound in exports, economic recovery, and base effect.

Finance Minister Hong Nam-ki claimed the job market is on recovery path in terms of both quantity and quality, pointing to the surge in the youth jobs.

But he admitted the toughened social distancing rules could affect the job market and small businesses. 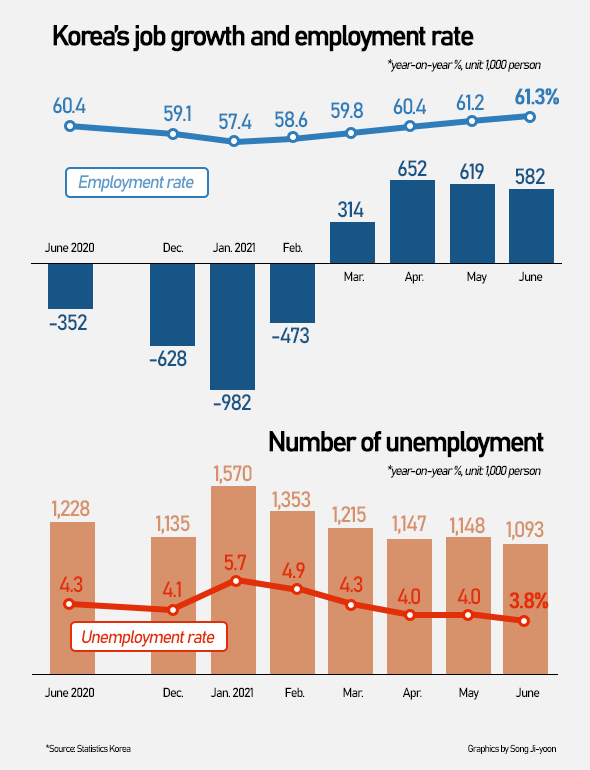 Economically inactive population that are neither working nor actively seeking jobs fell 154,000 to 16.3 million in June, declining for a fourth month in a row.

The survey on June data was conducted between June 13 and 19 when social distancing rules were maintained at level 2 in capital Seoul and surrounding areas and other regions level 1.5. The fourth wave of Covid-19 began early this month and pushed social distancing to the highest level 4.