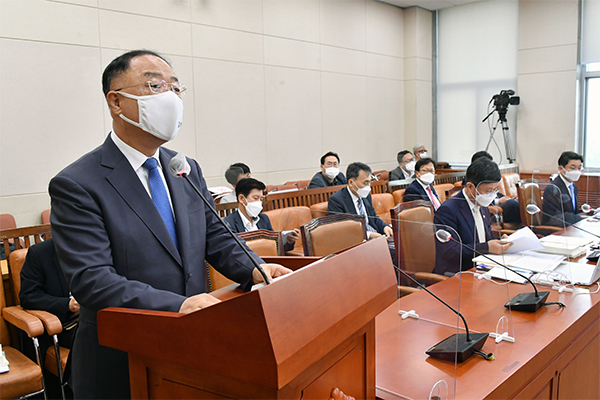 South Korea’s finance minister reiterated opposition to the idea of offering universal handout in Covid-19 relief funds after chiefs of rivaling parties made a verbal agreement to tweak the program during parliamentary review.

Hong claimed budget operation must not be guided by political decisions.

Regarding the plan to set aside 1.1 trillion won for credit card cash-back reward, Hong stressed that the reward program is necessary to prop up the domestic economy, although now it is not the time to boost consumption as the country has strengthened social distancing measures on soaring virus cases.