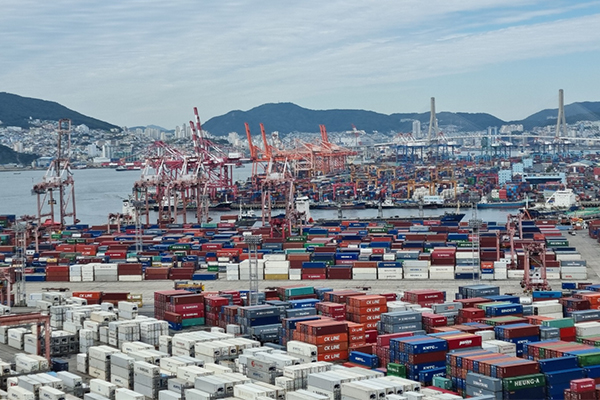 South Korea has held up a year-long surplus streak in April, a typical deficit month due to dividend payout for the first quarter, thanks to soaring exports and shipping rates.

The country’s current account registered a surplus of $1.91 billion in April, $5.21 billion added from a year earlier while losing sharply from $7.82 billion in the previous month, according to the preliminary data released by the Bank of Korea on Tuesday.

A year ago, it incurred $3.3 billion in the red, as foreigners took out their dividend earnings in April.

Outbound shipment growth was mainly driven by semiconductors and automobiles.

Service account recorded a surplus of $10 million, sharply up from the red of $1.5 billion a year ago thanks to improved transportation account. 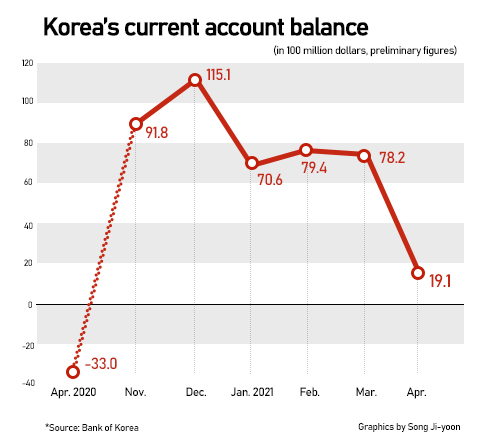 Tourism account deficit expanded from $280 million a year ago to $610 million.