The country’s current account logged $7.82 billion in surplus in March, stronger than $5.94 billion in the same month a year ago but slight off from $7.94 billion the previous month, according to data released from the Bank of Korea on Friday.

For the January to March period, the current account surplus amounted to $22.82 billion, surging 76.5 percent compared with the same period last year.

Service account recorded a deficit of $900 million, narrowed from the red of $1.65 billion a year ago. 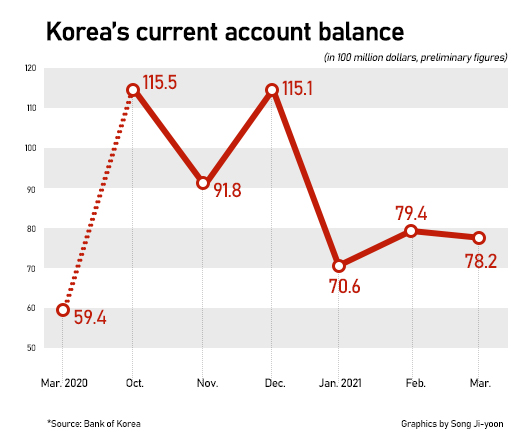 Tourism account deficit edged down from $370 million a year ago to $360 million.

Primary income account surplus expanded $420 million to $1.28 billion on the back of the rise in dividend income.