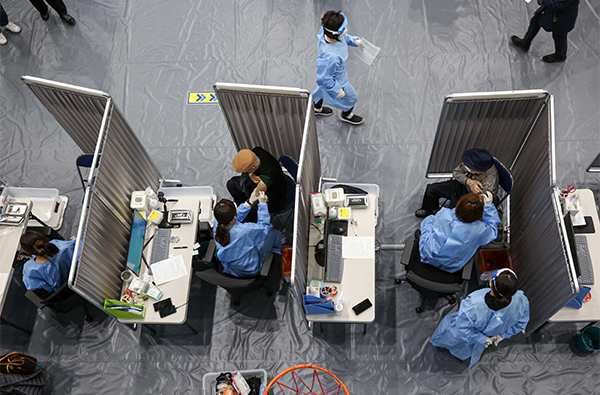 South Korea’s consumer sentiment stayed positive for the second month in a row in April on double-digit growth in exports and expectations for normalization in the domestic economy amid hot asset market, data showed.

According to data released by the Bank of Korea on Wednesday, the composite consumer sentiment index (CCSI) reached 102.2 in April, up 1.7 points from a month earlier. It is the second month for the index to stay above 100 threshold, which means more are optimist than pessimistic about the economy.

The index fell to over a 10-year low of 70.8 in March amid the first wave of Covid-19 wave and hovered under 100 until February this year.

Hwang Hee-jin, head of the bank’s economic survey team, said improvement in consumer sentiment was backed by the steady growth in the country’s exports, the rapid rollouts of Covid-19 vaccines across the world, and an improvement in job figures that have heightened their expectations for an economic recovery. 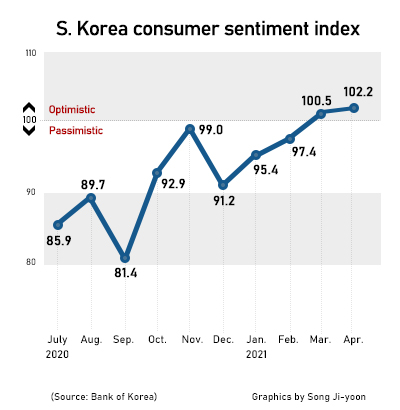 The index showing consumer sentiment over current domestic conditions was 5 points higher at 77 in April and that over future domestic economic conditions 1 point higher at 94.

The sub-index for future employment opportunities was up 2 points at 86 and for prospective interest rates down 2 points at 112.

Expected inflation for the following year was 2.1 percent, data showed.