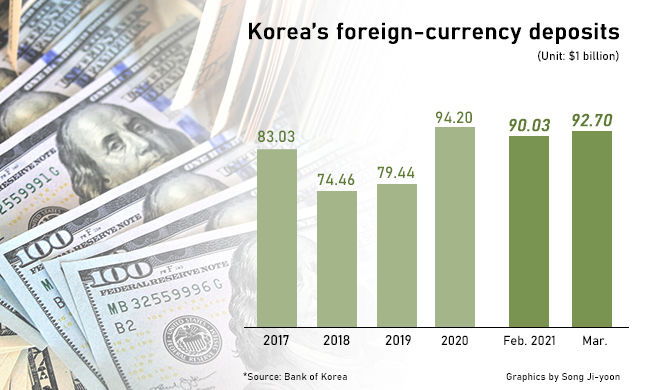 According to the Bank of Korea on Monday, the outstanding balance in FX deposits came to $92.7 billion as of end-March, up $2.67 billion from the previous month.

The FX deposits gained for the second consecutive month in March after slipping in January for the first time in four months.

Companies chose to hold on to dollars on improving exports despite strengthening in the U.S. dollar, the BOK said.