SsangYong to go under court management upon go-ahead from KDB 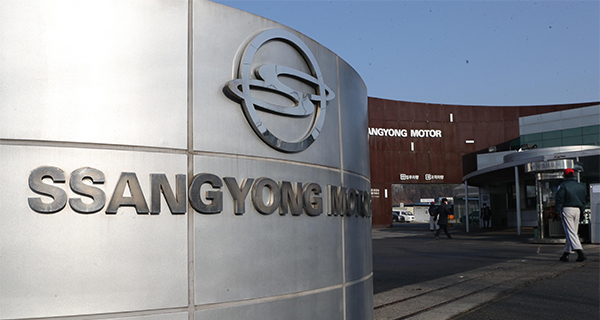 SsangYong Motor goes under court-led restructuring upon a go-ahead from main creditor and state lender Korea Development Bank (KDB) as it more or less gave up on an outside investor in place of its Indian parent planning phase-out from the Korean market.

According to financial industry sources on Tuesday, the Seoul bankruptcy court is waiting for responses from SsangYong Motor creditors on initiating the court-led restructuring for the carmaker. They were asked if they consent to its choice of manager and auditors.

KDB is internally decided on the court-led restructuring due to stalemated search for investor by the carmaker.

California-based car importer HAAH Automotive Holdings did not answer to the court by the end of March, returning the SUV-focused carmaker back to the court for the second time since 2009.

The court will likely command the carmaker later this week.

SsangYong Motor President & CEO Yea Byung-tae will likely stay as the manager. The court recommended his management, although the union is opposed.

Even under court management, SsangYong must find new investor for a turnaround. Considering HAAH Automotive’s earlier investment plan of 280 billion won ($250 million), the investor would be capable of injecting 200-300 billion won in cash.

“Currently about three companies are reportedly showing interest in SsangYong. If the automaker’s liabilities become lighter through the restructuring, a new investor will likely come forward,” said an expert from the financial industry.