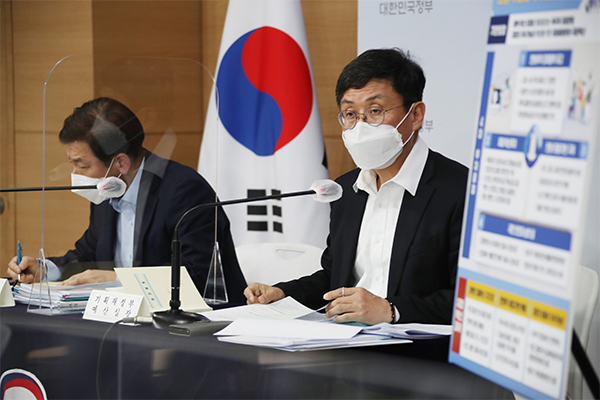 South Korea will maintain “aggressive” fiscal management in 2022 to ensure “all-across” economic vitality in employment, consumption and investment and propel growth in new industries and enhanced social security, according to the government’s guidance for 2020 budgeting to suggest extension in record-breaking streak in spending and deficit.

The guidance endorsed by the cabinet Tuesday requires each government offices to draft their budgetary proposals by May 30 so that the Ministry of Finance and Economy can put together the final budget scheme for 20222 for legislative review on Sept. 2.

Under its basic budgetary guideline for 2020 to 2024, the average annual growth in budget was set at 6 percent, which would put next year’s spending at 591 trillion won ($521 billion) against the original budget of 558 trillion won before the recently approved increase for this year. 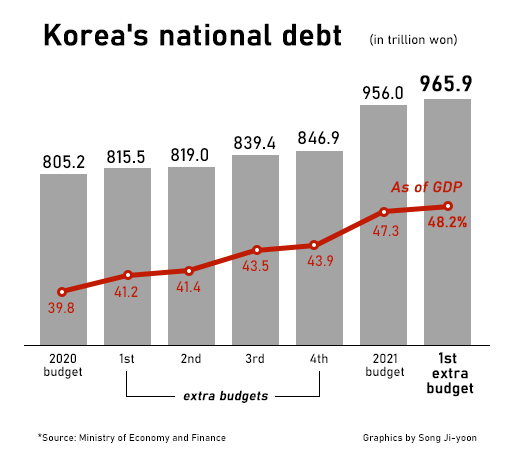 이미지 확대
But given the spending spree from the ruling front and next year being the final year left in President Moon Jae-in’s term before the presidential election in spring next year, most anticipate the budget for 2020 to well exceed 600 trillion won.

Government debt has been expanding in rapid clip in line with supersized budgeting for the last four years. The national debt stands at 956 trillion won based on this year`s budget and 965 trillion won with the latest increase of 1.5 trillion. According to the government`s national fiscal management plan, the national debt for next year is estimated to reach 1070.3 trillion won.

By Lee Ji-yong and Minu Kim