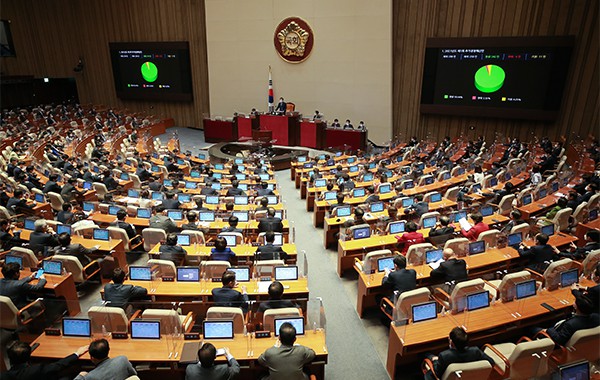 The South Korean legislative on Thursday rubber-stamped this year’s first budgetary increase of 15 trillion won ($13 billion) to expedite the fourth round of a 20-trillion-won Covid-19 relief funds ahead of the crucial April 7 by-elections to vote mayors for the prime cities Seoul and Busan.

The supplementary budget packaged in just the third month of the year budgeted with record 558 trillion won is mostly to finance a sweeping fourth round of aids for merchants and businesses hurt by Covid-19.

The government proposed to give 300,000 won per farm household that owns less than 0.5 hectare of farm land, and 1 million won to 5 million won to small business owners and self-employed, depending on the severity of Covid-19’s damage on sales. 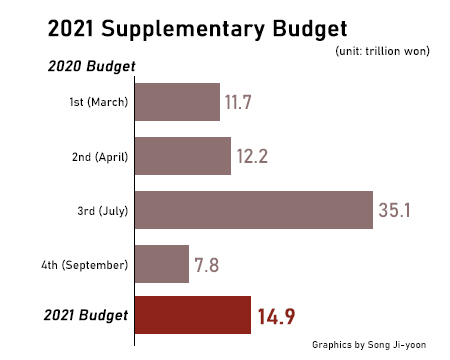 이미지 확대
The ceiling of relief handouts for businesses such as tour agencies that suffered more than 60 percent decline in sales is raised to 3 million won from 2 million won. The maximum support for those in performing arts is bumped up by 500,000 won to 2 million won.

The government also expanded the business sectors applicable for the handouts to include taxi and bus drivers, freelancers and independent contractors like cable technician, visiting teacher, and truck driver.

The bipartisan spending scheme zoomed through the legislative committee meeting to put to a vote on the same day, drawing 242 approvals from 259 attendants in the 300-member assembly.