이미지 확대
Among 1.35 million unemployed count in February, 1 million have lost a job over the last year in South Korea amid Covid-19 fallout.

According to data released by Statistics Korea and the Korean Statistical Information Service (KOSIS), 999,000 people were laid off within a year, sharply up from 182,000 of the same condition a year ago. 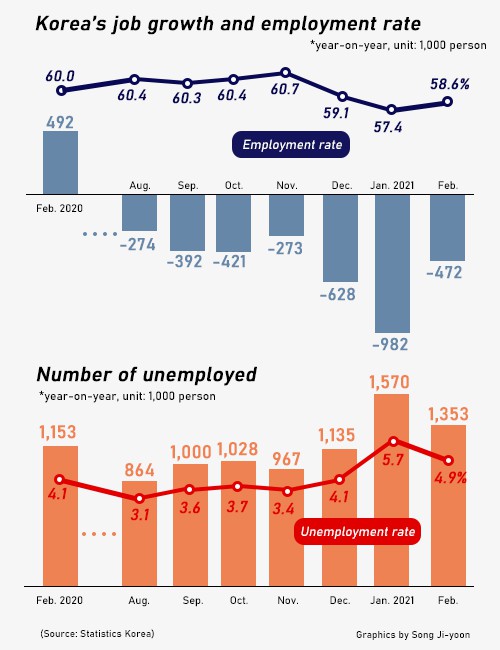 Among the jobless, 820,000, or 61 percent, have been on job hunt for less than three months to suggest layoff surge in the fourth quarter. Those who have been job-seeking for three to six months totaled 395,000. Those without a job even after more than six-month-long search totaled 139,000. As many as 19,000 have been trying to find a job for more than a year.