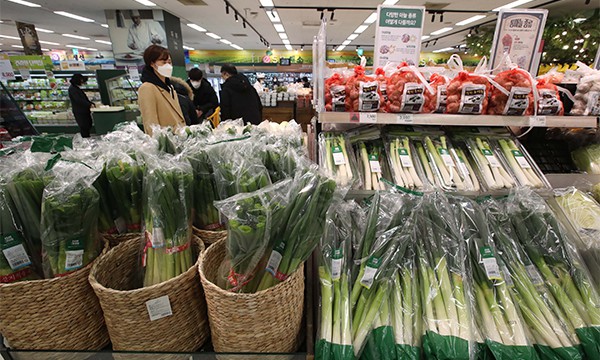 South Korea like the United States may come under inflation spook as prices and market yields run faster than expected despite subdued demand, with the inflation returning to pre-pandemic level of 1.1 percent in February, although mostly on supply-end spike in fresh food and oil prices.

According to Statistics Korea on Thursday, the country’s consumer price index (CPI) in February accelerated 1.1 percent to 107.00 from a year ago, strongest since February last year before the Covid-19 outbreak in full force.

Agricultural, livestock and fishery product prices soared 16.2 percent in February, the biggest since the same month a decade ago. Prices of agricultural goods gained 21.3 percent on year due to fewer crops under poor weather conditions. Vegetable prices soared by 21.2 percent.

Industrial goods prices fell 0.7 percent from a year earlier, much slowed from the 8.6 percent retreat a month ago, with a hike in global oil prices. Utility costs were down 5.0 percent. 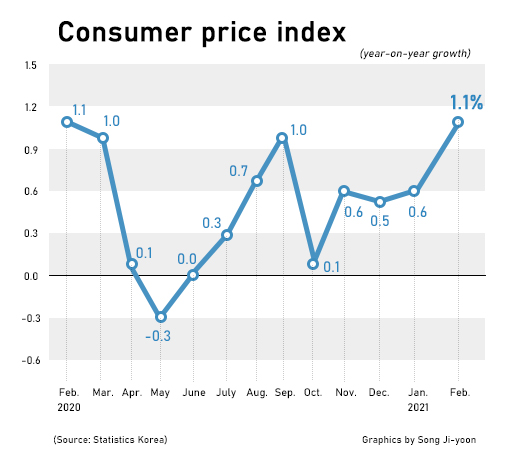 The CPI without food and energy, the standard by the Organization for Economic Cooperation and Development (OECD), edged up 0.3 percent in February. Core inflation, excluding volatile agricultural product and oil prices, gained 0.8 percent.

Warnings about inflationary pressure as the result of record stimuli have pushed 10-year U.S. treasury yield to near 1.50 percent as inflation expectations exceeded 2.5 percent for the first time since 2008. Treasury prices have been plunging even as the U.S. Federal Reserve chair assured that the bank was not rushing to raise interest rates.

The Korean debt market moved in sync, with the 10-year government bond yielding at 1.977 percent by midday Thursday, up 2.6 basis points from the previous session, and widening further away from the policy rate of 0.50 percent. Korea’s central bank chief too has said monetary policymaker was not mulling shift to tightening any time soon and brushed off inflationary concerns by pointing to subdued demand.