South Korea’s gross domestic product added 1.2 percent in the fourth quarter, revised up from 1.1 percent in preliminary estimate on stronger exports, while the annual contraction stayed unchanged at 1.0 percent, the biggest fall since 1998, the Bank of Korea confirmed Thursday.

Exports gained 5.4 percent from the previous quarter, up 0.2 percentage point from the preliminary figure, on the back of robust shipments of chips and chemical products.

Private consumption contracted 1.5 percent as the consumer spending on both goods and services remained in the doldrums due to Covid-19, but up 0.2 percentage point from the previous estimation. 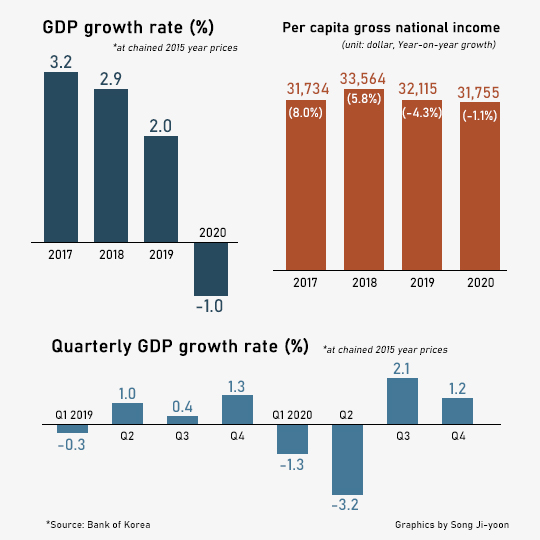 GNI per capita is the total value of income earned by residents of a country in a year, divided by its population. The figure has mired in the $30,000 range for the past four years since it first surpassed the threshold in 2017.