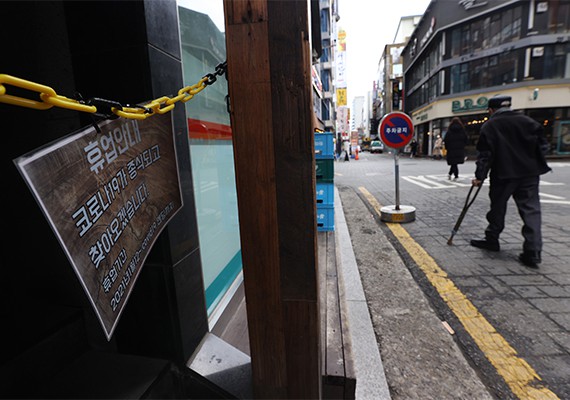 South Korea is packaging 15 trillion won ($13 billion) in supplementary budget in just the third month into the new year plus 4.5 trillion won dug out of reserves to finance the fourth round of Covid-19 aid, of which nearly half would have to be raised through treasury issues on top of record debt supply planned for this year.

The government and the ruling Democratic Party of Korea agreed on the near 20 trillion won spending scheme, coincidentally timed with the April by-elections to vote mayors for the country’s two most populated cities Seoul and Busan.

Under the relief outline to be put for ruling party-dominated National Assembly on Thursday, as many as 6.9 million merchants whose businesses were affected by the tough social restriction measures could receive a check of up to 5 million won. 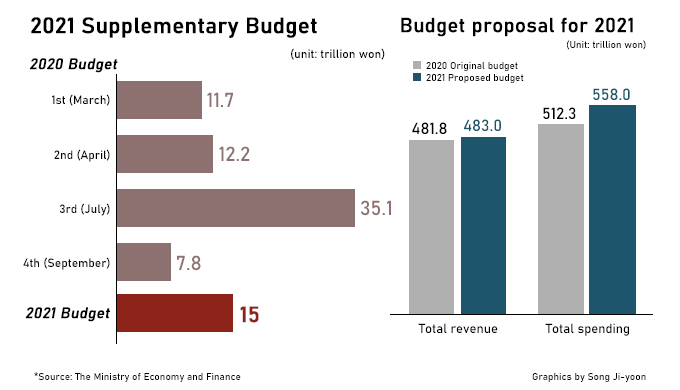 이미지 확대
Once passed, the grants will roll out as early as the end of March.

The handout would make the fourth since the outbreak of Covid-19. Of the latest spending, 9.9 trillion won will be in debt issues. National liabilities would be bumped up to 965.9 trillion won as the result. The debt to gross domestic product would rise to 48 percent from 47.3 percent estimated during budgeting for 2021. Government liabilities were stretched to 846.9 trillion won last year after four budgetary increases.