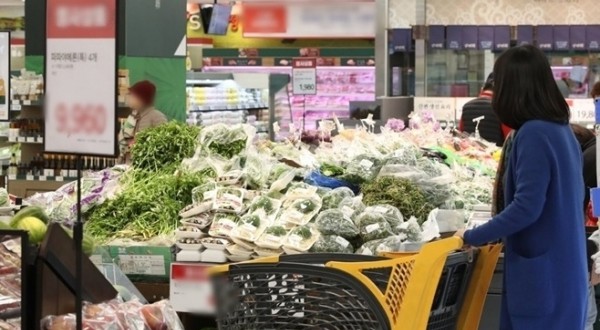 South Korea’s consumer sentiment strengthened for the second straight month in February despite the winter outbreak on bullish stock market and expectations for easing in the virus threat through rollouts of vaccines.

The composite consumer sentiment index (CCSI) rose 2.0 points from the previous month to 97.4 in February, according to the data released by the Bank of Korea on Tuesday. The index had neared 100 threshold at 99 in November but drooped in December amid toughened social distancing measures.

A reading below 100 means more people are pessimistic than optimistic, and vice versa for a reading above 100.

The central bank said consumer confidence improved on expectations for the slowdown in the spread of the virus with the start of vaccination. 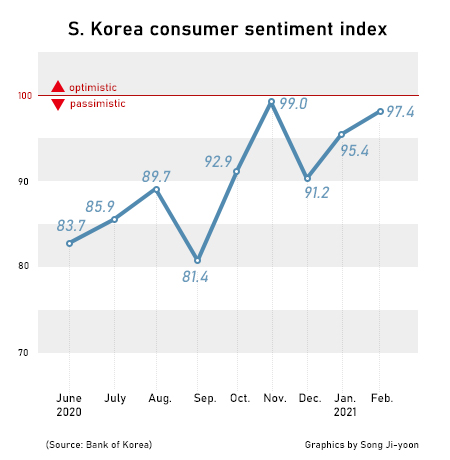 이미지 확대
The country slightly eased mitigation mandate earlier this month as the third wave of Covid-19 infections showed signs of abating. The number of daily new infection cases fell to the 300 range on Tuesday after peaking at more than 1,000 last December.

The government is readying for the fourth round of relief fund to compensate losses occurred by business shutdown and restrictions amid the strict social distancing measures. It aims to hand out the money no later than March.

The index measuring consumer confidence in current economic conditions compared with six months ago jumped 7 points to 63. The index on the economic outlook six months from now also rose 1 point to 90.