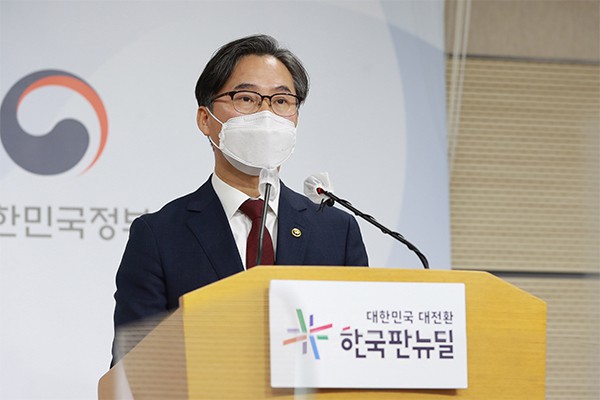 [Photo by Ministry of Trade, Industry and Energy]

South Korea has set a goal to turn around the country’s exports this year with trade financing of 167 trillion won ($150 billion) and launch massive Korean New Deal projects centered around green energy and digital projects to speed up economic recovery this year.

To help earn trade surplus, the ministry will expand support for local exporters by offering 167 trillion won in trade financing and introducing demand-specific trade insurance, among others.

The government is also planning to expand outbound shipments of soft-power business such as K-quarantine and webtoon solutions while focusing on digitalization of the entire export process, spanning exhibition, marketing, and contract. Through such efforts, the ministry said it plans to help recover $1 trillion in overseas shipments and make Korea one of the top four exporting countries.

In addition, large-scale projects that will drive private sector investments related to Korean New Deal will be implemented in full. Such projects include the construction of solar power and offshore wind power farms in Saemangeum, reclaimed land created by the world’s longest man-made sea barrier on the west coast, and Shinan County within the year. The government will kick off the construction of the solar power complex in Saemangeum in the first half and the offshore wind farm in Shinan in the latter half. 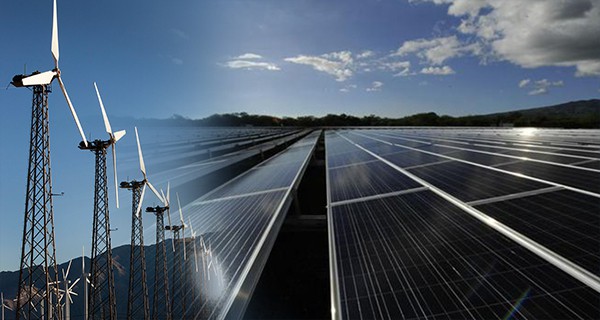 Advanced metering infrastructure (AMI), an integrated system of smart meters, will be newly provided to 3.7 million apartments and houses.

Regarding Digital New Deal projects, Korea will build a data platform in 10 fields such as future mobility, home appliance, and shipbuilding, while expanding smart green industrial complexes to 10 in total. The government will also promote eco-friendly and digital industry innovation to become one of the four major manufacturing and high-tech industry powerhouses. In addition, to achieve carbon neutrality, the government will foster energy innovation with a focus on renewable energy and hydrogen.

Regarding the so-called hydrogen economy, more than 120 billion won will be spent in related technology development centering on hydrogen charging stations and fuel cells, and innovation will be sought in the supply and distribution of hydrogen through the establishment of 10 new hydrogen production bases, development of green hydrogen, and low-cost tube trailer rental.

In a response to a fast-changing trade order, the government will seek export expansion related to the Regional Comprehensive Economic Partnership (RCEP), review its participation in the Comprehensive and Progressive Agreement for Trans-Pacific Partnership (CPTPP) and accelerate negotiations for free trade agreements in line with its New Southern and New Northern policies.