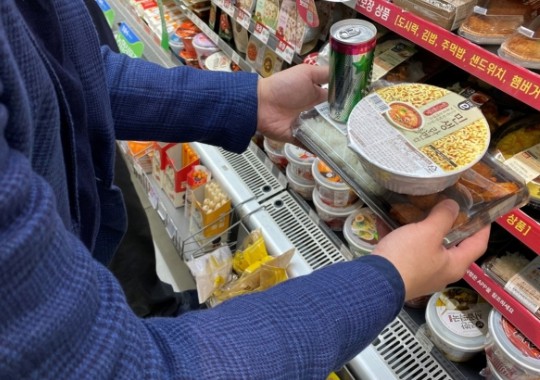 According to data from the Ministry of Trade, Industry and Energy on Sunday, the combined sales of Korea’s top three convenience store chains – CU, GS25, and 7-Eleven – accounted for 31 percent of total offline sales raised by 13 major retailers in Korea last year, up from 29.2 percent in the previous year. Their combined sales were higher than that of the country’s big three department stores – Lotte, Hyundai, and Shinsegae – which took up 28.4 percent of the total, down from 30.4 percent a year ago.

It was the first time for convenience stores to outstrip major department stores in offline sales.

An unnamed official from the convenience store industry said that young consumers were major users of convenience stores in the past but the age group has diversified as stores now offer more categories and services.

Data, meanwhile, showed that the country’s top 3 discount store chains Emart, Homeplus, and Lotte Mart continued to account for the largest 33.4 percent of total offline retail sales last year, slightly up from 33.2 percent in 2019. The combined sales of four enterprise-type supermarkets including Emart Everyday accounted for 7.1 percent of the total.