Korea’s “resting” population hit record high in Jan, with over a quarter in their 20s and 30s 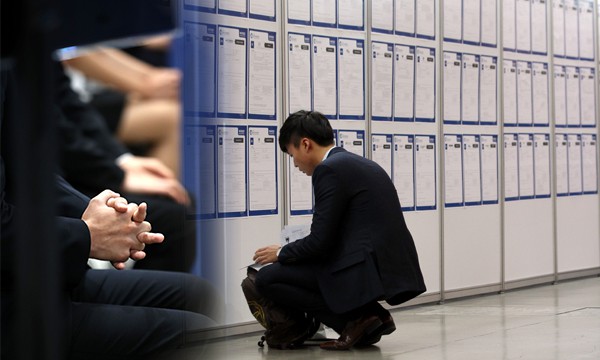 이미지 확대
South Korea’s “resting” population reached a record high in January with the prime workforce of those in their 20s and 30s making up more than a quarter, as the Covid-19 continued to take its toll on the job market.

Data by the Korean Statistical Information Service showed Sunday that a total of 2.72 million people were “resting” in January, meaning that they were economically inactive and not willing to work. The figure is the highest since 2003, when the statistics agency began compiling related data.

The economic inactivity was notably high among younger Koreans.

A record high of 741,000 people in their 20s and 30s were resting, accounting for 27.3 percent of the total. The tally for youth, aged 15 to 29 years and neither in employment or education, came at 495,000, also the highest on record. Those between 15 and 29 years of age are defined as youth by the Organisation for Economic Co-operation and Development.

“The bad job market has led many of those in their 20s and 30s to “rest,” leaving them statistically categorized as economically inactive, rather than unemployed,” said Jung Dong-myong, Statistics Korea official. Unemployed refers to people who are not in work but are looking for work, whereas economically inactive people are not in paid work and also not working for work.

The national statistics agency earlier this week reported that the number of employed in the age groups of 20s and 30s fell by 528,000 in January compared to a year earlier, making up nearly half of the total yearly decline. January’s payroll loss was the largest since December 1998, when the country lost millions of jobs in the wake of the Asian financial crisis.