Koreans spent record amount on alcohol, tobacco in the year of Covid-19 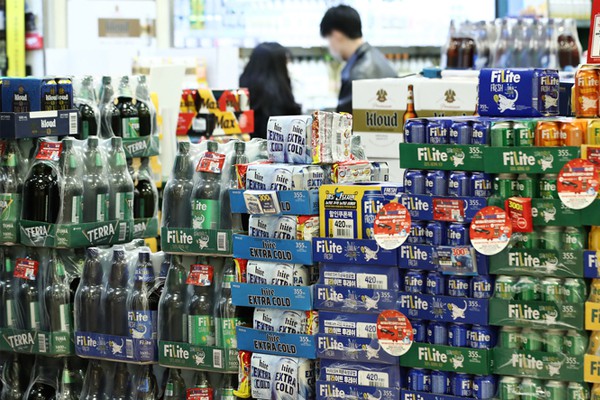 South Korean consumption on alcohol and tobacco hit a record high in the year when livelihood and jobs were battered by virus outbreak.

Household spending in alcohol and tobacco totaled 4.3 trillion won ($3.96 billion) in the third quarter of 2020, according to the Bank of Korea (BOK) on Tuesday. This was the highest since the central bank started compiling related data in 1970.

Spending continued to climb, reaching 4.18 trillion won in the second quarter and hitting an all-time high in the third.

Consumption of alcohol and tobacco rose 6.2 percent in the third quarter from a year ago, rising by the fastest since the second quarter of 2016 when it grew 6.5 percent.

A similar pattern occurred during the 1997 Asian financial crisis when spending in alcohol and cigarettes surged 20.0 percent in the first quarter of that year from the year-ago period. Spending rose another 18.6 percent in the second quarter.

The latest BOK data was in line with the latest Statistics Korea figures. Monthly household expenditure in alcohol and tobacco in the third quarter of 2020 averaged 42,980 won, the highest since data reporting started in 2003. Spending in alcohol was 19,651 won and cigarettes 23,329 won, both an all-time high.

Meanwhile spending in leisure activities took a big hit as many events were called off to meet social distancing guidelines.