South Korea issued a dual-currency bond offering worth $1.45 billion at cheapest-ever rates amid overwhelming demand for its high-medium-rated sovereign debt.

The USD-denominated $625 million bonds were priced at a yield of 1.198 percent, 50 basis points over comparable 10-year U.S. Treasury notes and below its initial guidance of 90 basis points, the Ministry of Economy and Finance said Thursday. Orders exceeded $5 billion.

The five-year euro bonds worth 700 million euro ($825 million) were set at a minus yield of 0.059 percent, 35 basis points over Europe’s mid-swap level and below the 60 bp guidance, also drawing over 5 billion euros.

The bonds were rated at the third-highest scale by Moody`s at Aa2 and AA by Standard & Poor’s and the fourth-highest AA- by Fitch, in line with their sovereign ratings on South Korea.

이미지 확대
The issue was raised to the country’s 2020 ceiling of $1.5 billion due to strong demand, the ministry said. 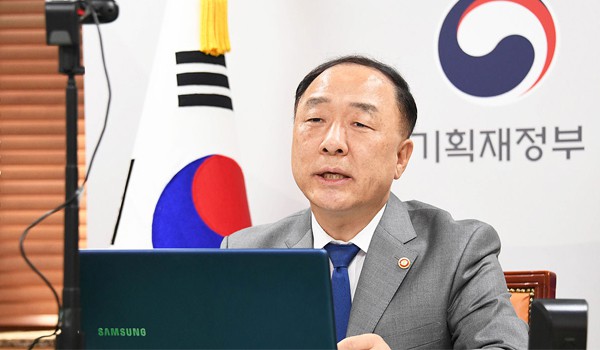 A negative bond yield means that investors would receive less money than the original purchase price upon maturity.

The local bond market was buoyed by the show of foreign confidence in Korean debt. The yield on the three-year government bond fell 3.4 basis points, 5-year 4.4 basis points and 10-year 3.7 basis points. The Kospi gained 0.7 percent and Kosdaq 0.9 percent in morning trade.