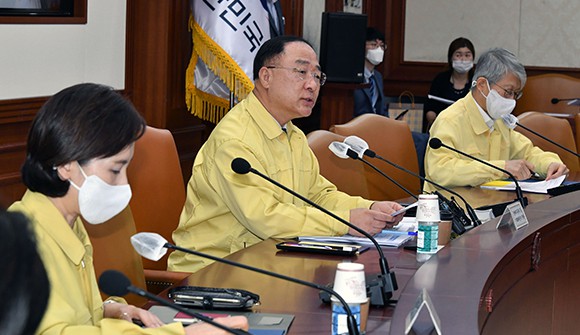 Hong Nam-ki, deputy prime minister and minister of economy and finance, said in an economic ministerial meeting on Thursday that the government will in principle allow general holding companies to own CVCs.

Mechanism will be placed to strictly prevent side effects from easing in separation of industrial and financial capital.

CVCs in principle will be allowed to manage only investment operations without engaging in other financial business such as loan operations.

The government plans to amend the country’s fair trade act by this year to allow general holding companies to own CVCs.

“Major advanced countries allow large companies to own CVCs,” Hong said, noting how Google Ventures set up by Google holding company Alphabet Inc. has led to a number of successful investment cases such as Uber. “CVCs are rooting as a global trend,” he added.

Hong noted that the government came up with measures to allow general holding companies to limitedly own CVCs after long period of discussion to enhance innovativeness and dynamism of Korean economy, establish virtuous venture investment circle ecosystem by boosting recouping market, and expand venture investment of large companies.