Korea’s consumer sentiment continues to strengthen in July, but at slower pace 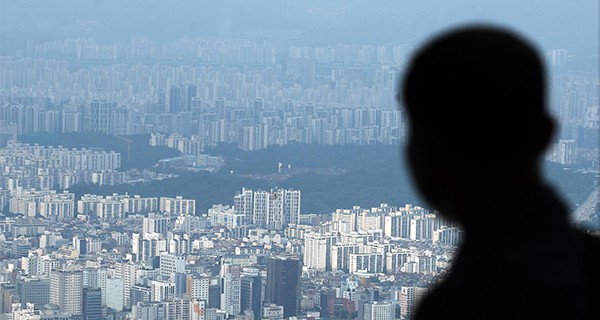 South Korea’s consumer sentiment strengthened for the third month in July though at a more subdued pace, as life slowly normalized despite the ongoing virus risk.

The composite consumer sentiment index for July was 84.2, up 2.4 points from the previous month, the Bank of Korea said Wednesday.

The index has been edging upward after touching an 11-year-low of 70.8 in March at the height of the coronavirus outbreak. The climb, however, lost steam in July, compared with the 6.8 point jump in May and 4.2 point gain in June.

The reading remains well below 100, meaning more people are still pessimistic than optimistic about the economy.

The index measuring consumer confidence in current economic conditions compared with six months ago jumped 5 points to 49. But the index on the economic outlook six months from now remained unchanged at 70.

이미지 확대
The index representing consumer views on the current state of living inched up 1 point to 85, while the index on future living conditions remained the same at 87.

Consumption had briefly picked up following the coronavirus cash handouts in May. The checks are expected to expire in August.

Expectations for household income and future spending each rose 2 points.

Outlook on housing prices showed the biggest jump, gaining 13 points to 125, despite the spate of government actions to rein in soaring housing prices. The Moon Jae-in administration, in its 22nd set of real estate measures announced this month, hiked taxes on property ownership but ended up further fanning housing and rent prices.

Consumer outlook on future wages rose 5 points to 110, helped in part by the 1.5 percent rise in the minimum wage next year.

Views on inflation over the past year remained the same at 1.7 percent, the lowest since January 2013. Expected inflation for the following year inched up 0.1 percentage point to 1.7 percent.