Of the five-year spending plan, the government proposed to shoulder 114.1 trillion won and local governments 25.2 trillion won. The rest of 20.7 trillion won would be pooled from the private sector.

The country’s internet giant Naver Corp. came forward to contribute data analysis and processing it has accumulated for the past 20 years. Financial data collected by Naver Financial will be shared via the Financial Data Exchange to support the ‘data dam’ project to strengthen the data, network and artificial intelligence environment with disclosure of public data. The private sector will be able to use the disclosed data for future business opportunities.

Hyundai Motor Group will drum up green drive through lineup of 23 new electric vehicle models under its auto brands – Hyundai Motor, Kia Motors and Genesis. It aims to improve the vehicle quality and performance so that its next-generation EV models can be fully charged in just 20 minutes and travel about 450 kilometers on a single charge.

Urban air mobility (UAM) using EV battery and fuel cell technologies will also be commercialized by 2028, according to the auto conglomerate. 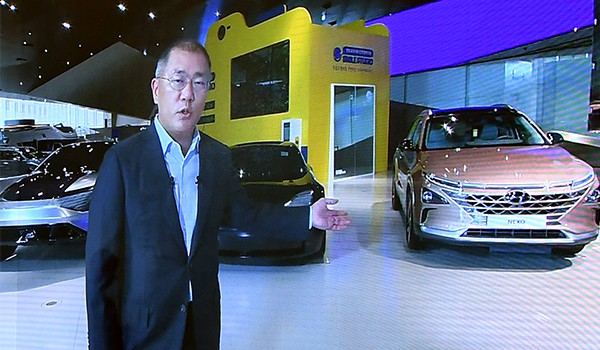 LG Chem and GS Caltex joined forces to co-develop big data-based service for EV batteries in which drivers can check the condition and risk of batteries while charging their EVs at GS Caltex charging stations.

Wireless carrier SK Telecom has teamed up with the Korea Water Resources Corporation (K-water) to build Internet of Things-applied smart water management system. With the improvement of water supply facilities, they plan to analyze the water use and pattern of socially vulnerable groups and combine the data with phone bills and mobile data usage for social care reforms.

Another telecom giant KT has formed a task-force team early this month to establish digital infrastructure and foster the growth of non-contact industry under the Korean New Deal. With focus on digitalization of social overhead capital (SOC), the company has installed KT GiGA Safe SOC recently to monitor the real-time data from optical fiber cables and sensors to check the risk of aged facilities. 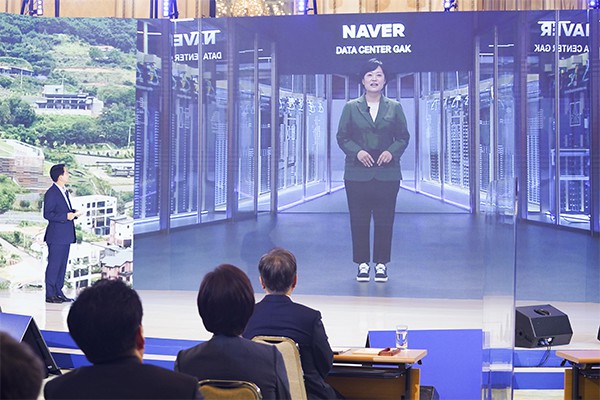 Shinhan Financial Group has earmarked 20 trillion won to join the initiative. It is aiming to provide more loans for promising startups and small- and mid-sized companies in future industries related to data, digital infrastructure, digitalization of social infrastructure systems and clean vehicles.

“The government’s massive economic initiative to digitalize social infrastructure and accelerate the green energy transition with deregulations is to bring innovations and investments from the private sector, and many of corporate majors already show are joining the effort,” said an official at the Ministry of Economy and Finance.