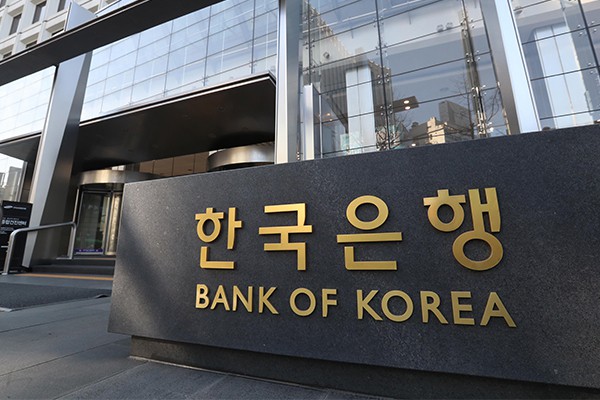 이미지 확대
South Korea’s potential growth rate is expected to continue its downward trend after the coronavirus pandemic that is expected to accelerate the structural changes in the economy, the central bank said in a report on Monday.

In a report released by the Bank of Korea on the economic impact from COVID-19, the central bank expected the COVID-19 crisis would bring in permanent changes to the economic activities of all players – households, companies, and the government after the end of the pandemic.

The BOK expected such structural changes in the economy and economic activities due to the pandemic will spur the decline in the country’s growth potential rate.

The BOK forecast the slowdown in Korea’s potential growth rate would mainly stem from structural changes in the job market, a slowdown in trade, and weak manufacturing and service sectors.

The BOK expected overall labor input to slow down amid the prolonging fall in economic activity turnout and a rise in the country’s unemployment rate.

The report also noted that private companies tend to reluctant to expand investments after crises, reminding that it generally had taken a considerably long time for major economies to recover the investment-capital ratio to the pre-crisis levels after the economic shocks.

The report noted that the private sector tends to increase savings after experiencing an economic crisis or virus spread, and restrict spending and investment in case of high debt levels to repay debts.

Last week, BOK Governor Lee Ju-yeol expected that the country’s inflation would also remain flat even after the COVID-19 pandemic recedes citing a structural change in the economic activities including a growth in online transactions that will lower middle retail costs and increased price competition among retailers.

The BOK, however, expected that improved productivity following a boost in the information and communications technology (ICT) sector will help slow down the spur in the fall in potential growth rate.