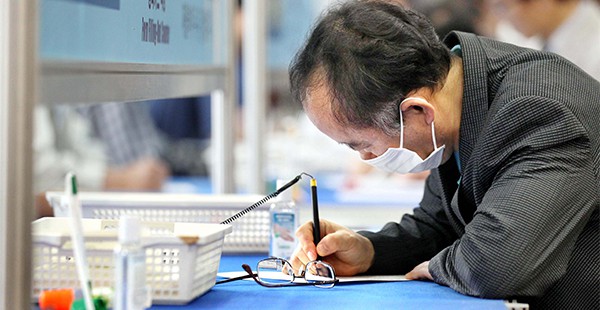 이미지 확대
The number of baby boomers who lost their jobs from February to May in Korea nearly doubled from a year ago, underscoring the so-called active seniors aged between 55 and 64 are more vulnerable to the devastated job market amid virus-stemming uncertainties, data showed.

According to data from Statistics Korea on Sunday, 260,800 people aged between 55 and 64 had been forced to leave their workplace from February to May in Korea, up a whopping 80.5 percent or 116,300 from the same period a year earlier.

Considering that the number of people aged between 55 and 64 rose 1.7 percent over the same period, the surge in involuntary unemployment among baby boomers was mostly due to the business hardships from the virus outbreak.

The figure raises concerns that the number of poor seniors would jump after the virus peaks out given that it is much harder for the seniors to find a new job, compared to the younger generation. 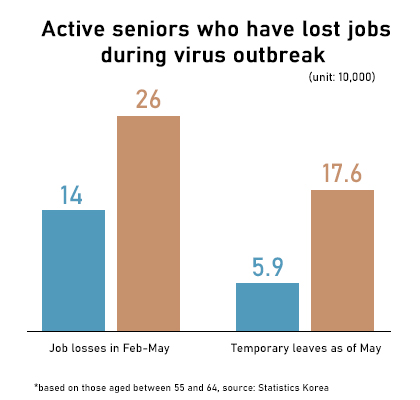 이미지 확대
According to data obtained by Maeil Business Newspaper from the Gwanak-gu office of Seoul Metropolitan Government, 43 percent of the male active seniors and 51 percent of its female counterparts have no jobs for fixed income, with two out of 10 depending only on government subsidies.

“The impoverishment of the young old will emerge as a new social problem in the country in the aftermath of the virus crisis,” said Kim Kyeong-rok, head of Mirae Asset Retirement Institute.