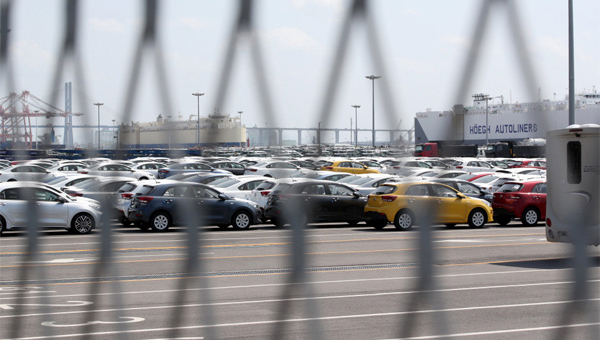 South Korean exports plunged 20.3 percent in the first 20 days of May, extending the double-digit losses for the second straight month as overseas markets continued their battle with the pandemic.

The country’s outbound shipments totaled $20.3 billion in May 1-20, down 20.3 percent or $5.18 billion from the same period a year ago, data from Korea Customs Service showed Thursday.

Average daily exports during the period also dipped 20.3 percent on year to $1.51 billion.

The pace of export decline has accelerated since the coronavirus outbreak evolved into a full-fledged pandemic. Korean exports slipped 0.7 percent in March, turning sharply downward after a 3.8 percent gain in February. In April, they tumbled 24.3 percent, falling by the most since the 2008 global financial crisis to post the country’s first trade deficit in eight years. 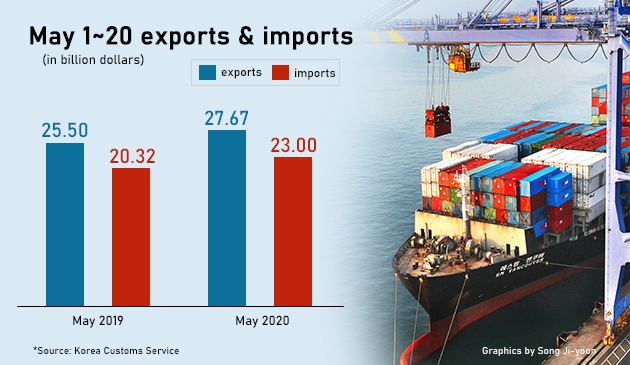 이미지 확대
Petrochemical products and automobiles were the hardest hit, with their exports down 68.6 percent and 58.6 percent, respectively. Wireless telecommunication devices fell 11.2 percent.

Offsetting some of those losses were semiconductors, whose shipments rose 13.4 percent, and vessels, which jumped 31.4 percent.

Imports in the same period fell at a slower pace, down 16.9 percent at $23 billion, to cause a trade deficit of $2.7 billion.