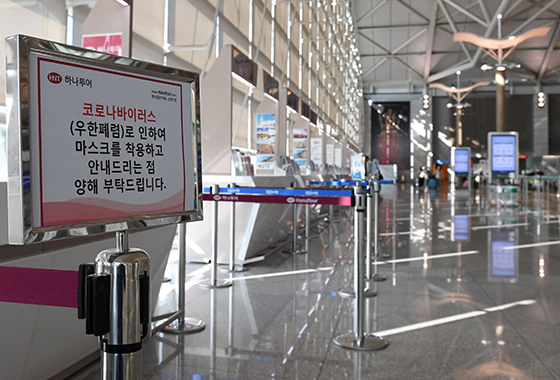 The company announced on Wednesday that it is seeking to place most of its workers on unpaid leave until September and began receiving applications. It opted to enforce first-ever broad furlough after the company reported the largest-ever operating loss of 27.5 billion won ($22 million) in the first quarter ended March 2020.

It does not expect rebound within the year. The travel agency registered a profit of 13.2 billion won a year ago.

Its employees will benefit from state subsidy that covers 50 percent of their monthly salary within the cap of 1.98 million won. They will return to work or placed on paid leave when things get better, the company said.

The pandemic has brought the travel and tourism industry to a standstill as people are avoiding both domestic and overseas trips amid global lockdowns and social restrictions. According to data from Hana Tour, demand for outbound travel plunged 83.8 percent in February compared to a year earlier, 99.2 percent in March and 99.9 percent in April.

The industry would continue to face a bleak outlook in the coming months as outbound travels have virtually come to a stop, according to an industry official.