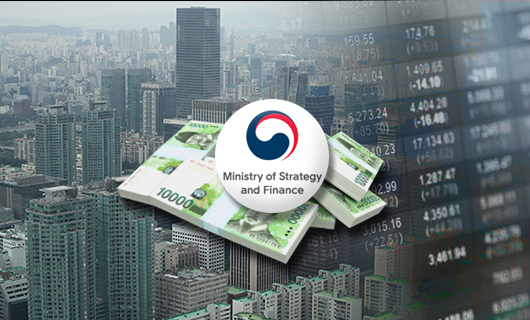 이미지 확대
The South Korea government will run an unprecedented incentive program for primary dealers, market maker for government securities, to ensure smooth pipeline in its record financing plans for super-sized fiscal stimuli in the face of the worst-ever epidemic crisis.

The finance ministry announced a set of incentives effective from April to June for primary dealers, or the designated underwriters of government bonds who buy the supply and resell them to others.

Under the temporary addition to the existing incentive program, the highest bidders in treasury bond auction will be entitled to buy additional bonds at the same price throughout the whole week instead of current three days following the auction day. They will be given more time to make their purchase on the days.

The additional purchase can be made 10 to 25 percent of earlier bid, increased from current cap of 5 to 20 percent.

Those who had bid lower will be allowed to make the purchase at the rate so that the auction does not finish undersubscribed amid supply glut. 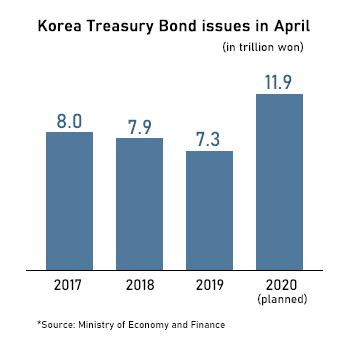 이미지 확대
In April, the Korean government will issue 11.9 trillion won ($9.7 billion) in treasury bonds, up 63.0 percent from the same month last year. While this year’s government budget is set at a supersized-level of 513.5 trillion won, an extra budget of 11.7 trillion won recently passed parliament. Another is underway to cover 100 trillion won coronavirus relief package for businesses plus cash allowances for lower-class families.