BOK cuts rate to 0.75% in joint emergency action against virus 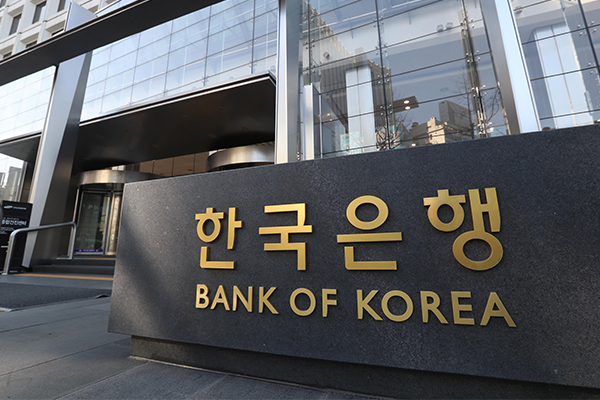 South Korea’s central bank made an emergency rate cut Monday of half a percentage point, sending the benchmark rate to a fresh record low in sync with monetary moves elsewhere as the world grapples with the economic fallout from the coronavirus pandemic.

In an emergency meeting summoned by the Bank of Korea (BOK) Governor Lee Ju-yeol after the bond market closed, the policy rate was cut 50 basis points to 0.75 percent.

The BOK last week had alerted an extraordinary review could take place ahead of the official rate-setting meeting in April. But the move was precipitated by the U.S. Federal Reserve’s stunning move Sunday to cut its target interest rate to near zero and revive a quantitative easing program by purchasing $700 billion in Treasury and mortgage-backed securities. The Fed action followed an emergency half-point cut earlier this month. 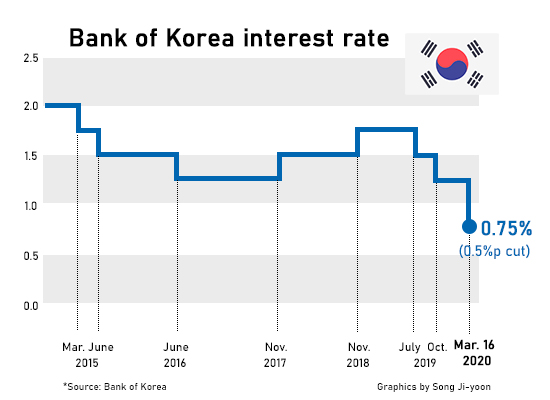 이미지 확대
This is the Bank of Korea (BOK)’s first extraordinary policy move since October 2008 when the bank delivered an unscheduled cut of 75 basis points at the height of the global financial crisis.

Seoul has proposed an extra budget bill of 11.7 trillion won ($9.62 billion), currently pending in parliament, to combat the economic damage caused by the coronavirus. This comes on top of the 20-trillion-won emergency fund allocated to businesses and individuals suffering from the sharp drop in economic activity.

The BOK has also expanded the credit limit for financial institutions to 30 trillion won from 25 trillion won to free up more cash for banks to keep lending.