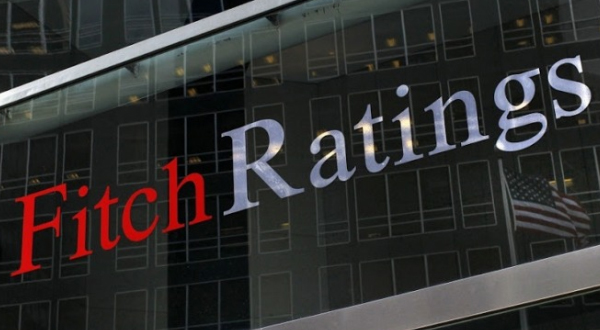 이미지 확대
International rater Fitch Ratings on Wednesday affirmed South Korea’s sovereign credit ratings at “AA-“, the fourth highest in its rating scale, with a stable outlook and kept its growth outlook for the economy this year unchanged at 2.3 percent.

The latest credit report comes as Asia’s fourth largest economy faces a snag in a recovery after managing a growth of 2.0 percent – worst in a decade - last year due to the ongoing outbreak of a new strain of coronavirus (COVID-19) that has virtually wrecked the air flight, travel and tourism industry as well as stopped Korea’s factory lines due to suspension of operation at supply chain in China.

But it warned “the spread of the novel coronavirus poses new downside risks to the outlook through its impact on tourism, retail sales, and potential supply-chain disruptions.” It however kept its growth outlook for this year at 2.3 percent, unchanged from its previous estimate in August last year. 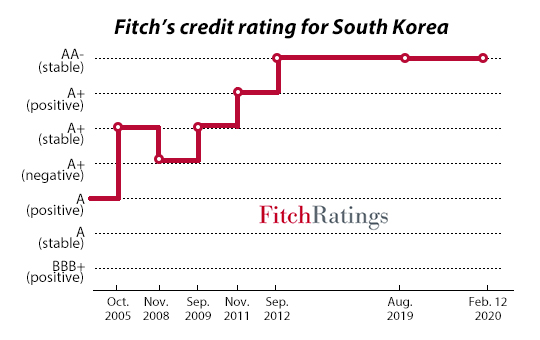 “Korea has the fiscal space to utilize near-term fiscal stimulus.” It predicted at least one more cut in the base rate by 25 basis points to a fresh record low of 1.0 percent this year, with inflation to stay subdued at around 0.5 percent.

Seoul has vowed to expedite administration of this year’s supersized budget of 512 trillion won ($434 billion) to cushion the shocks from the coronavirus spread, but so far maintains it won’t create extra budget. Korea’s fiscal deficit widened to its largest last year as tax revenue fell short of its target because of reduced corporate and individual income amid stagnant economy. The government will issue new debt of 60 trillion won this year to make up for the shortfall.

Since “robust” public financing has been the primary security in Korea’s investment-grade credit against geopolitical and demographics-related risks, the agency warned the rating kept unchanged since 2012 could take a hit on deterioration in the fiscal balance.

Korea’s debt-to-gross domestic product ratio would rise to 40.7 percent this year from an estimated 38 percent last year and likely to jump to 46 percent in 2023, given its spending plans.

“This could exert more meaningful pressure on the rating over the medium-term, depending on how productivity and growth responds to higher spending.” It said.