이미지 확대
South Korea has set out to ease stiff regulations in healthcare, fintech and other key sectors by the first half of the year, in efforts to jumpstart a weak economy that is likely to slow further from the coronavirus outbreak.

A taskforce dedicated to each sector and headed by the deputy finance minister would be launched next week. The team would be tasked with coming up with a detailed list of deregulations by March. They would go through each one, review their importance and chuck out those deemed unnecessary, a process that will last through June.

One area of considerable attention is embryonic stem cell research, a promising new field in medicine that came to an abrupt halt in Korea more than a decade ago following a massive scandal involving the cloning expert Hwang Woo-suk.

Hwang, once hailed as a national hero in the country, made international headlines in 2004 when he claimed to have created the world’s first human embryos and extracted stem cells from them. He went on to publish another paper claiming his team had cloned stem cells that genetically matched those of specific patients, raising hopes of a breakthrough in the treatment of diseases like Alzheimer’s or Parkinson’s. But those papers turned out to be fabricated and he was later convicted on charges of fraud, embezzling state research funds and violating bioethics laws. 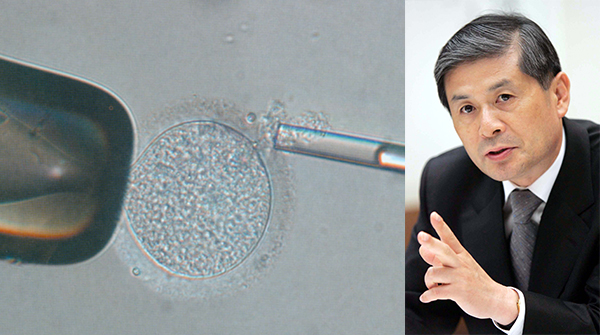 A finance ministry official admitted that calls for deregulation had been exceptionally strong in this field, especially for some restrictions that were unique to Korea, such as allowing the use of only frozen eggs in research.

Another highly regulated sector has been fintech. Local laws currently limit the equity investment of non-financial businesses in financial entities and vice versa, a longstanding practice initially adopted to separate banking and commerce to prevent large companies from using banks like their personal safe. But this rule has been blamed for thwarting the growth of new fintech services, which rely on a more interconnected network of different stakeholders.

The government also plans to set up a conflict resolution committee to play a mediating role in potential clashes between new and incumbent businesses.

For particularly contentious issues with major social repercussions, like the rental van-hailing service Tada that is on the brink of being outlawed due to vehement taxi opposition, the state is considering receiving recommendations from a special committee chaired by the prime minister.

Ride-hailing service has failed to take off in Korea due to a patchwork of regulations created to protect the local taxi industry. Tada’s fledgling business hit a major snag late last year after its executives were indicted and lawmakers sought to revise the vehicle laws to significantly limit Tada’s business scope.

이미지 확대
The Korean government has turned aggressive in deregulating promising new industries amid growing concerns that economic recovery would be delayed due to the outbreak of the new coronavirus.

The export-reliant economy’s major industries, such as auto manufacturing and semiconductors, are poised to suspend their production lines due to the supply chain disruption caused by the epidemic originated in China, a global manufacturing hub.

Asia’s fourth-largest economy has been hoping to jumpstart its economy by fostering the growth of novel sectors after its economy remained stagnant throughout last year due to a sharp fall in exports from prolonged trade disputes between its two biggest trade partners the U.S. and China.