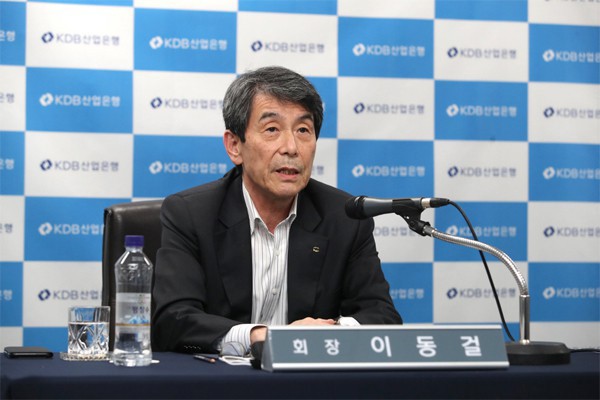 State lender Korea Development Bank has ordered an heiress of the Cho owner family behind Hanjin Group to stay out of management and reiterated that it could sack chairman Cho Won-tae if it is not happy about the way the single flag carrier is run after Asiana Airlines goes under Korean Air Lines, stoking concerns over excess state meddling in corporate affairs.

The government chose to sponsor Korean Air Lines’ acquisition of the beleaguered smaller peer through public funding despite the owner risk related to the parent Hanjin Group “out of necessity for the sake of overall airline industry,” said KDB chairman Lee Dong-gull in an online press conference held Thursday, addressing to the controversy about favoritism towards a certain conglomerate.

“Hanjin Group chairman would be sacked if his management performance proves poor,” he said, backing the conditions the state lender had listed in return for injecting 800 billion won ($718 million) into Hanjin KAL, the parent of Korean Air Lines, to back 1.5 trillion won acquisition of Asiana Airlines. 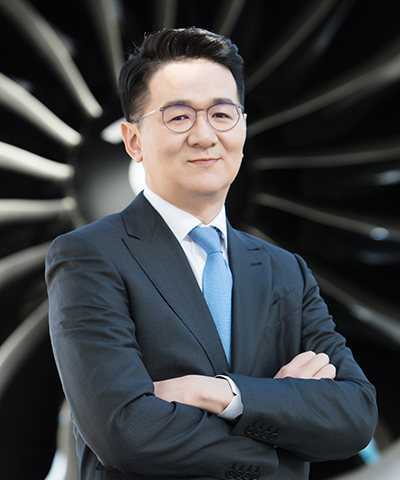 Also in line with the bailout terms, Cho put up his full stake in Hanjin KAL as collateral which the creditor can liquidate and strip his stakeholder right upon disapproval of management.

He assured that the state bank would not use its stake – 10 percent from the purchase of 500 billion won in new shares in Hanjin KAL – to back Cho for management defense against the challenging front led by his sister and two other large shareholders.

After the new share issues, the three shareholders in the challenging alliance would own 41 percent, Cho 37 percent and KDB 10 percent. Cho also could be pushed out if he does not live up to his promise to sustain the payroll of both airliners after the merger, Lee said.

He refused to call the M&A a nationalization of the flag carrier.

Still, the threat of replacement and specifying management terms has already raised concerns about state influence.

Cho Hyun-min, the youngest heirless and younger sister of Won-tae, has stepped down as the chief marketing officer of Hanjin KAL at KDB order.

The state bank warned the entire industry could go down if the shareholder alliance interferes with the M&A.

KDB explained that it was sponsoring the M&A through Hanjin KAL instead of directly through Korean Air because Hanjin KAL could be violating the holding company regulations through reduced stake and lose parent role, not to support chairman Cho, KDB vice chair Choi Dae-hyun separately said.

Moreover, the process is quicker to save Asiana Airlines who can fall to speculative status if it does not raise capital by the end of the year. If the M&A falls through, Asiana Airlines would go under creditors’ management, Choi added.